The self implosion of Liberal Imperialism as Nick Clegg the leader of the Liberal Democrats launches a suicidal attack on Scottish National Party. 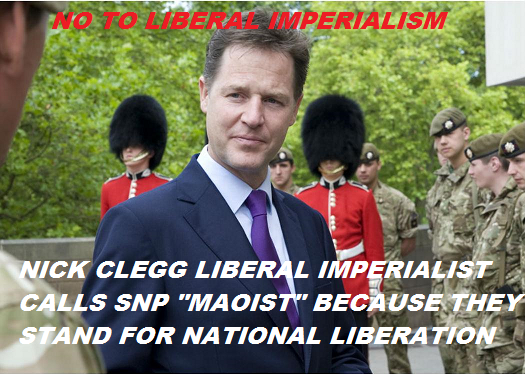 Nick Clegg's party was the party of the Home Rulers and has opposed Independence for Scotland or Wales or Kernow for the last 100 years.
David Lloyd George the Imperialist Godfather of Nick Glegg said in June 1891
"As Welsh Liberals we are Imperialists because we are nationalists.
See Nickglais on Lloyd George here :
http://greatunrest2012.blogspot.co.uk/2015/04/david-lloyd-george-liberal-imperialist.html
The Scottish Struggle is still for Independence and Socialism and not Liberal Imperialist Home Rule.
Plaid Cymru should remember that in Wales and stop flirting with Home Rule and stand for Independence or it will suffer a similar fate to the Liberal Imperialists in this Election. 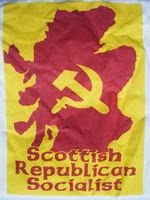