Ukraine : No one is obliged to do impossible things by Victor Shapinov 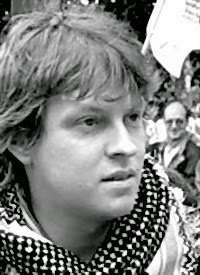 
“It seems that war is inherent in the social nature of this Ukrainian regime, and lasting peace will be established only when a new leadership takes power in Kyiv”

There is a Latin proverb which says: «Ad impossibilia nemo tenetur» -- “No one is obliged to do impossible things.” It looks like the Kiev authorities are not familiar with this ancient wisdom. Or, conversely, too familiar. Turning the very meaning of the Minsk-2 Agreement on its head, the Kyiv side is trying to oblige the rebels of Donbass to do impossible things, putting the choice: either complete surrender on Kyiv's terms, or continuation of the fratricidal war.

This is the tug of war over implementation of the Minsk-2 agreements. the leadership of the Donetsk People's Republic (DPR) demanded that their representatives finally be included in the discussion of constitutional reform. “All matters relating to elections and constitutional reform, according to the terms of the agreement, should be agreed with us. As prescribed by the terms of the agreement, representatives of the DPR and LPR will necessarily participate in the decision-making in the tripartite contact group," DRP envoy Dennis Pushilin told Interfax.

Kiev's position on negotiations has led to the virtual collapse of the agreement. And it's not even about the 800 ceasefire violations by the Ukrainian Armed Forces (UAF) recorded in the Donbass region. After another necessary respite following their military defeat, Kyiv is seeking to prevent the move to political dialogue by imposing unacceptable and inappropriate conditions, which contradict Minsk Agreement.

One such condition, of course, is holding local elections in the "special territories" under the existing laws of Ukraine. This formulation, in particular, means that the composition of election commissions will be formed in Kyiv, in large part by representatives of the parliamentary parties in the Verkhovna Rada [Parliament]. Can you imagine what supporters of Lyashko and Yatsenyuk will count in the "special territories"?

But this is a trifle. Because it's not just about how to better push the People's Republics into the legal sphere of Ukraine. Perhaps this is what Kyiv strategists saw as the outcome of the Minsk Agreement, but it's not what was agreed to.

In order to end the civil war – "hot" in Donetsk and Lugansk, "cold" in Odessa and Kharkov -- we need a national dialogue. Everyone understands that the leadership of the DPR and LPR is now in negotiations with Kiev not only on behalf of the residents of parts of the Donetsk and Lugansk regions called "special territories", but also to some extent for the good half of the Ukrainian population, which disagrees with what has happened in the country since the coup d' etat in February 2014.

And the Kyiv authorities disrupt the agreements precisely because it is afraid of this half of the population that has not accepted the Maidan and its results. After all, if you give "voice" to representatives of the victorious uprisings in the Donbass, then their "voice" would require the participation of those involved in the suppressed uprisings in Odessa and Kharkov. And something tells me that the "silent majority,” suffering from rising prices and tariffs, would not be on the side of the Kyiv authorities in this dialogue.

There is another important factor in the failure of the agreement.

The USSR rightly called such relations "puppet regimes." And the U.S. administration is hardly interested in resolving the civil war at the moment, especially given the strong pressure on Obama from Republican (and not only Republican) "hawks" on the issue of Ukraine.

In general, you always want to be an optimist when it comes to war and peace, but it seems that war is inherent in the social nature of this Ukrainian regime, and lasting peace will be established only when a new leadership takes power in Kyiv.
Posted by nickglais on 4/17/2015 07:13:00 AM