Japan on April 28th : Okinawans protest US base relocation plan on anniversary of Japan regaining its sovereignty 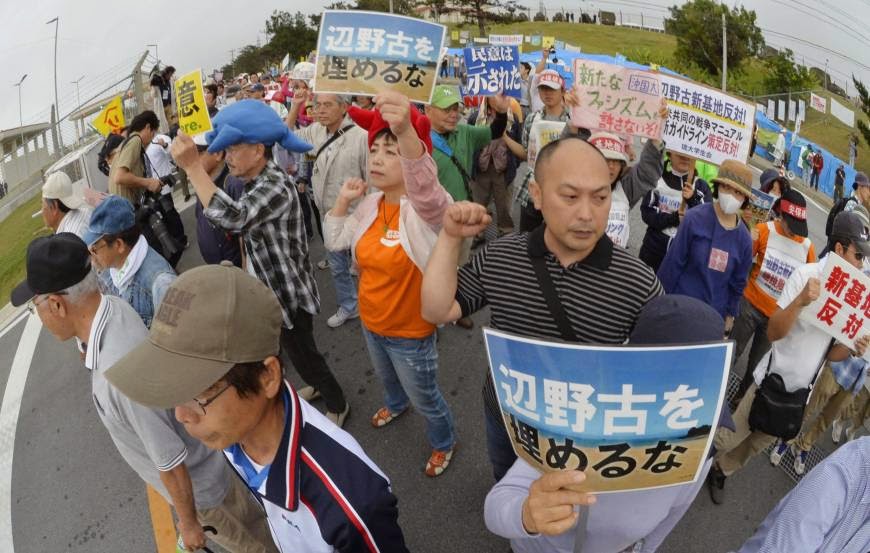 NAHA – About 300 people protested on Tuesday against the planned relocation of a U.S. military base within Okinawa Prefecture, 63 years to the day after Japan recovered its sovereignty after being defeated in World War II.

Okinawa was excluded from the handover and remained under U.S. control until 1972. The 1952 date therefore came to be remembered in the prefecture as a “day of insult.”

In a rally at Henoko in Nago, the coastal district earmarked as the proposed site where U.S. Marine Corps Air Station Futenma will relocate to, participants chanted slogans such as “We’re opposed to a new base” and “Don’t destroy the beautiful sea.”


April 28 is the day the San Francisco Peace Treaty took effect, ending the postwar occupation of Japan by U.S.-led Allied Forces following Japan’s surrender.
But Okinawa remained under U.S. military control until it was returned to Japan in 1972.

Social Democratic Party chief Tadatomo Yoshida and Okinawa prefectural assembly members opposed to the base relocation plan staged a protest off the coast in several boats.

One boat capsized when a Japan Coast Guard vessel intercepted it after it breached a no-entry zone, according to the JCG. Four protesters were thrown into the ocean, one of whom was taken to hospital.

The protesters began gathering early Tuesday morning in front of the gate of the U.S. Marines’ Camp Schwab, which is adjacent to the planned Futenma base relocation site.

Nago Mayor Susumu Inamine said he remembers the anger of people in Okinawa when the central government held a ceremony in Tokyo on April 28, 2013, commemorating the 61st anniversary of Japan recovering its sovereignty.

“The construction of a new base is impermissible,” said Naomi Tanahara, 63, a Naha resident who took part in the rally. “Okinawa was abandoned by Japan on the day of insult and burdens on the prefecture from hosting U.S. military bases have since increased.” 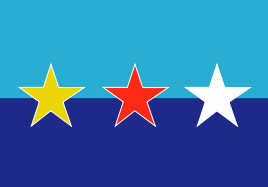 The US-Japan Security Treaty was signed in 1951 as re-unification occurred, and providing for the continuation of the American military presence. This set the stage for renewed political movement for Ryukyu independence.
Posted by nickglais on 4/28/2015 06:29:00 AM