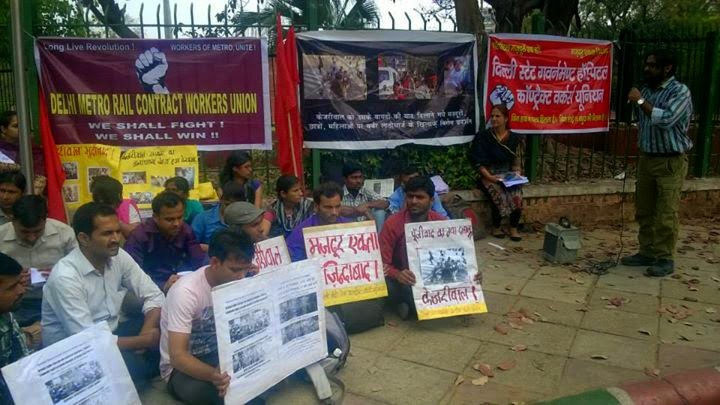 Such a gathering was of enormous relevance to workers all over India and should create a spark into a prairie fire in labour upheavals.

It is of prime importance that a painstaking campaign is taken up in solidarity against the attack on the workers and the repressive nature of the government's policies exposed.

All sections of workers should be mobilsed against it and particularly in Delhi ground work is being done in the basis to educate workers.

There was also a meeting held in Lucknow and protests in Patna and Mumbai.

It was heartening that even other sections like S.U.C.

I joined protest in Mumbai with 30 participants.

In times to come the workers have to be more organized to defend their rights against a pro-rich government.

Today's protest is an inspiration to workers all over India