European Union Plotting a Coup in Greece ? The View of Alexander Mercouris 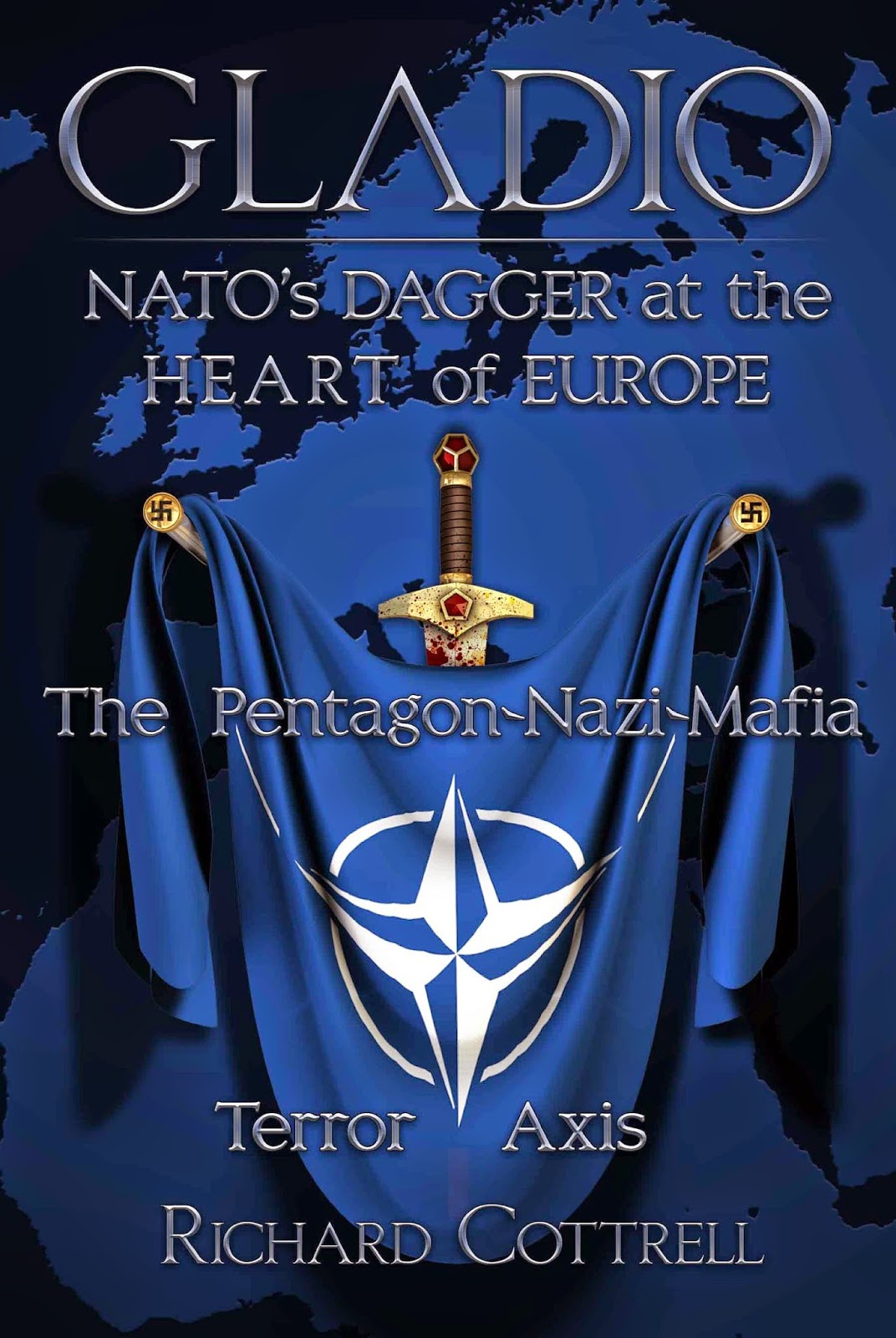 On the same day as Varoufakis confirms that Greece will pay the next instalment on its IMF loan (did they get the money from Russia? - possibly) we read this article in the Financial Times that baldly states that the EU is plotting a coup there.

The article provides so much detail and is so obviously well-sourced that I have no doubt that ideas of overthrowing the current democratically elected Greek government are indeed circulating.

To be clear, that is what is being proposed.

Such a radical re engineering of the Greek government as is being discussed, hiving off Syriza's moderate wing (supposedly led by Tsipras of all people) to cobble together an alliance with two oligarchic controlled centre left factions (they are no longer parties in any true sense), would so fundamentally change the character of the government that it would amount to its overthrow.

Having previously engineered the overthrow of the democratically elected governments of George Papandreou and Silvio Berlusconi in Greece and Italy and having participated in the overthrow of the democratically elected Yanukovych government in the Ukraine, it seems the European leadership is becoming as addicted to regime change as the US is. Note the astonishing contempt for democracy in the last paragraph where an EU official is reported as complaining that an EU engineered economic collapse might instead of undermining support for Syriza consolidate it.

Let us put aside for one moment the utter hypocrisy and immorality of this idea. Let us focus instead on the immediate political implications.

Anyone with the slightest knowledge of  modern Greek history would know what an utterly calamitous idea this is. Greek history since the 1930s has been peppered with externally supported right wing oligarchic led coups against democratically elected left wing governments. The intense bitterness this has caused in Greece lies behind the extreme political polarisation that one finds in Greece, which has directly resulted in the emergence of Syriza.

That too involved engineering a split in the ruling centre-left party - the Centre Union - by arranging the defection of its "moderate" wing so as to separate it from its "radical" wing so as to form right wing oligarchic controlled "coalition" governments aligned with the monarchy.

This episode has never been forgotten or forgiven in Greece where it is referred to as the "apostasia" (the nearest equivalent English words would be the "betrayal" or the "treason" but they do not capture the strength of the Greek original which has almost religious connotations - as in the English derivative "apostasy").

In the immediate term it caused a severe political crisis that led directly to the military coup of 1967 when it became clear that the "radical" rump of what was left of the once ruling centre left party was about to sweep to victory in parliamentary elections. The sequel to that was that the monarchy became so discredited that when democracy was eventually restored it fell.

For many Greeks the whole point of joining the EU was precisely to make such things impossible. The idea that something so similar might be done again this time by the EU in order to perpetuate a deeply hated austerity programme that the EU was imposing on Greece and which the Greek people have rejected in a democratic election is incendiary.

I would quickly say that whatever view one has of Tsipras I am absolutely sure he both knows modern Greek history well enough and has the political integrity to refuse absolutely to be party to such a scheme, which quite apart from anything else would bury his political career.

All the same, if the EU wants to create a genuinely revolutionary situation in Greece in which the EU itself was the target, then all I can say is they are going about it in the right way.
From the Financial Times

Eurozone authorities’ frustration with Greece has grown so intense that a change in the current Athens government’s make-up, however far-fetched, has become a frequent topic of conversation on the sidelines of bailout talks.

Many officials — up to and including some eurozone finance ministers — have suggested privately that only a decision by Alexis Tsipras, Greek prime minister, to jettison the far left of his governing Syriza party can make a bailout agreement possible. 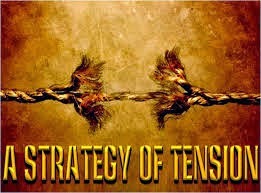 The idea would be for Mr Tsipras to forge a new coalition with Greece’s traditional centre-left party, the beleaguered Pasok, and To Potami (The River), a new centre-left party that fought its first general election in January.

“Tsipras has to decide whether he wants to be prime minister or the leader of Syriza,” said one European official.

A senior official in a eurozone finance ministry added: “This government cannot survive.”
Members of Syriza’s moderate wing admit there is a problem with the Left Platform, the official internal opposition that represents about a third of the party and controls enough MPs to bring down the government if it were to rebel in a parliamentary vote.

“We used to be more debating society than political party . . . so it is hard to get a system of party discipline up and running,” said one Syriza official. “But you have to remember — we’ve been in power less than 100 days.”

Under the leadership of Panayotis Lafazanis, almost as popular a figure in the party as the prime minister, Left Platform members say they will veto structural reforms that are being pushed hard by Greece’s creditors in the current round of bailout talks. 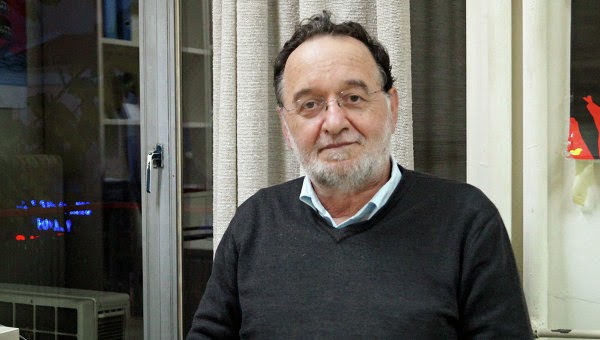 
Yet even though Mr Tsipras had adopted a more moderate stance in his dealings with Brussels and Berlin, it is too soon to expect him to risk an open clash with his left wing, according to observers in Athens.

To win the support of Pasok and To Potami, Mr Tsipras would also have to dump his right-of-centre coalition partner, the nationalist Independent Greeks.

“It would be desirable to move to a more coherent pro-European centre-left coalition compared with this unseemly union of the radical left with the populist right,” said George Pagoulatos, a professor of political economy at Athens business university. “But it is premature for the moment.”

Eurozone officials insist they are not trying to force a change in the government — sensitive to accusations the EU was complicit in ending the tenure of George Papandreou, Greece’s prime minister at the start of the eurozone crisis, and Silvio Berlusconi, the Italian premier until late 2011.

Tsipras has to decide whether he wants to be prime minister or the leader of Syriza.

But they also admit exasperation with Mr Tsipras’s failure to choose between the Left Platform’s demands for a complete rejection of the bailout programme and a more pragmatic approach that would include an outreach to more centrist potential allies in parliament.

In Athens, Mr Tsipras is seen as still unwilling to reveal his moderate side.

“The signals he gives are confusing, but some actions point towards a major shift in policy,” said Aris Hatzis, an associate professor of law and economics and legal theory at the University of Athens. “There is one narrative at home and another more co-operative one when he goes abroad.”

Obstacles remain to any joining up with Pasok and To Potami. Pasok is seen by the majority of Syriza supporters as part of the corrupt old political system that brought down the Greek economy and then failed to implement reforms agreed with the EU and International Monetary Fund.

Moreover, the party is in turmoil after a poor showing at the January election, and a new leadership may not emerge for several months.

Stavros Theodorakis, leader of To Potami, has said he is willing to team up with the Syriza government, but only if Mr Tsipras agrees to sit down and negotiate a joint programme.

Eurozone frustration has spilt over into relations with Yanis Varoufakis, Greece’s charismatic finance minister who is viewed as lukewarm towards the country’s future in the eurozone.

European officials argue that he is frequently condescending and lecturing to his eurozone counterparts in meetings — a tendency that has alienated even potential allies.

With the bailout talks moving at a snail’s pace and a cash crunch looming, Mr Varoufakis flew to Washington on Sunday for a meeting with Christine Lagarde, IMF managing director.

Mr Varoufakis requested the meeting partly to reassure Ms Lagarde that Greece would be able to repay a €450m loan tranche, due this week, despite a liquidity squeeze, but also to send a message that he is still in charge of the bailout talks.

Efforts to sideline Mr Varoufakis have occasionally burst into public. Michael Noonan, the Irish finance minister, suggested last month that bailout negotiations were being taken away from Mr Varoufakis’s finance ministry and handed over to Yannis Dragasakis, the deputy prime minister, who some see as more pragmatic.

Despite Mr Tsipras’s continued domestic popularity, Greek opposition figures argue that backing will fade as Syriza continues to make concessions to eurozone authorities and the cash squeeze worsens. One opposition leader predicted voter sentiment would shift in a month or two.

Others are less sure. One person briefed on the EU’s negotiating stance said concern was rising in Brussels that if the continued stalemate forced Greece to impose capital controls to prevent a bank run, this could strengthen Syriza’s populist appeal rather than sparking disillusionment among voters.


Reminder from Past Speech of Alexis Tsipras 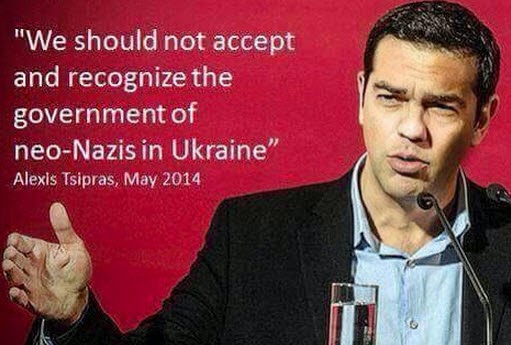 Speaking to a packed audience Alexis Tsipras at an Athens meeting, the leader of Syriza said:

"This was the dawn of a long period where far right and fascist groups, in total collaboration with the Italian secret services, the parallel state, and the state within a state, developed what came to be called 'the strategy of tension'. 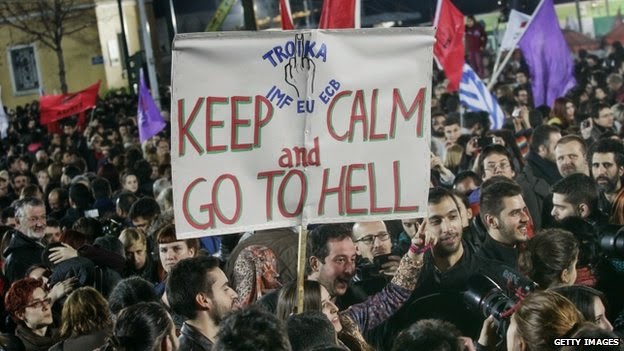 "Today the manuals of European extreme right have become the gospels of present Greek government."
Posted by nickglais on 4/08/2015 03:39:00 AM