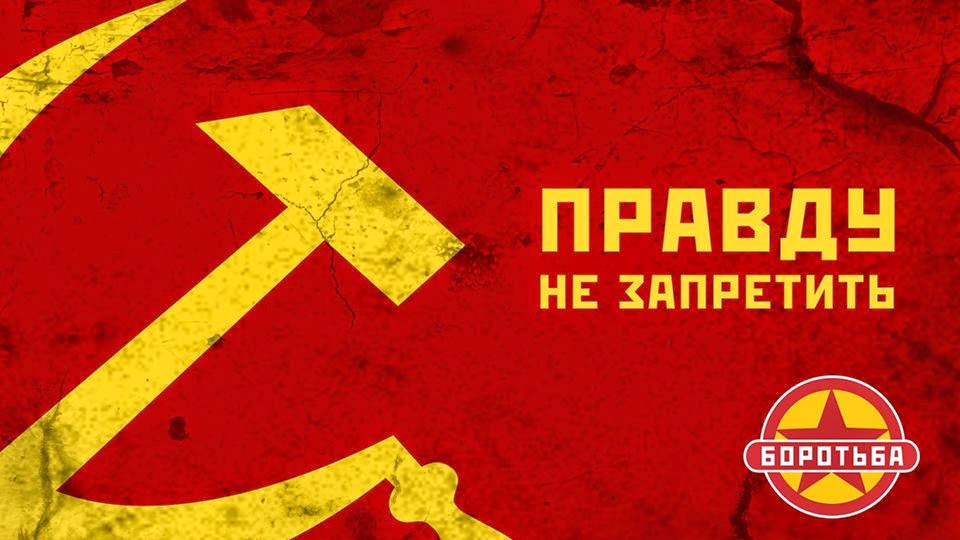 Until recently, we all perceived May 1 as a reason to open barbecue season, walk in a ritual procession under the red flag, and spend time with friends at parties. Now this day is filled with new meaning for us.

Ukraine lies in ruins.  Donbass bleeds, factories close, the lights increasingly go out in cities, people have lost their jobs and savings, pensioners are on the verge of survival. In one year, the country has been transformed from a poor European power into an impoverished and backward war-torn colony; now the Ukrainians, by income level and life, are the envy of only the most oppressed African countries.

This all happened before our eyes, the reality surpassing even the wildest negative forecasts and expectations.

We are robbed: utility rates have risen more than three times, the hryvnia fell three times, inflation has exceeded 40 percent, salaries and pensions are not indexed to please the IMF, taxes increased twice.

The result is that the Ukrainian worker is now five times poorer than last year!

We are killed: in combat, casualties among troops and civilians exceeded the losses of the Soviet Army in 10 years of war in Afghanistan; millions have become refugees, lost their homes and property.

On May 2, the anniversary of the Odessa tragedy, we remember those who gave their lives defending their right to truth and justice.

We are silenced: the new government unleashed political terror, killing journalists and politicians who dare to disagree with the "European" rulers. Those who did not want to or could not go abroad were thrown into prison, where they were subjected to torture and extrajudicial killings.

We are forbidden: the law banning communist ideology leaves no doubt about who came to power and what kind of "democracy" is waiting for us. Anti-communism is one of the signs of fascism.

We are constantly being lied to: the atmosphere of hatred in the media distorts people's minds, journalists have turned into war propagandists, and will never be able to write and speak the truth, after irreversible mental changes and the destruction of personality.

At a time when telling the truth is life-threatening, many prefer to remain silent or leave Ukraine.

Today the May 1 holiday is again a day of struggle. The only way to stop poverty and terror is with solidarity. The solidarity of all working people of Ukraine, from Pavlograd miners, Kiev teachers, Kharkov workers, Dnieper steelmakers, Black Sea shipbuilders and port workers, farmers of Podolia and Galicia, together with the miners and militias of Donbass, will put an end to the looting and murder, will return Ukraine to the path of development, democracy and socialism.


Borotba calls on every Ukrainian who is tired of waiting and wants to act:

- Produce and distribute leaflets daily (if you need help, please contact us), start with a single leaflet per day;
- Create anonymous accounts on social media and conduct propaganda there;
- Paint graffiti in the streets of your town;
- Conduct discussions with relatives and friends, talk about workers' protests in Ukraine and solidarity actions abroad;
- Observe secrecy, never give out your real information in propaganda work, use the anonymous Internet browser TOR;
- Participate in all social protests: miners, Chernobyl, workers, teachers, defrauded investors, soldiers' mothers, they are all the people of Ukraine, they are all our allies;
- Report your work to Borotba’s website, we have to show that Ukraine is struggling and inspire others.