Is it a May Day distress call for Greece ? Euclid Tsakalotos replaces Yanis Varoufakis in negotiations with Eurozone 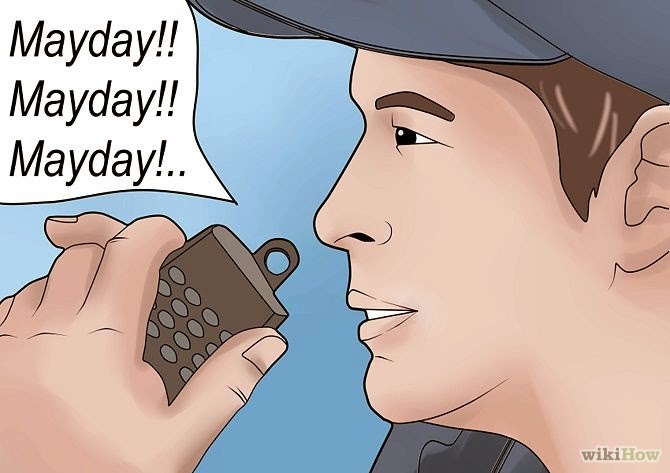 
Mr Varoufakis was left isolated at an EU finance ministers meeting in Latvia on Friday.

Reacting to the news a senior European Union official told the Guardian it was ‘impossible’ to deal with Varoufakis.

“It had got to the point where eyes roll,” he said.

“People had got sick and tired of being lectured about austerity and the effects of the crisis. Any sympathy for Greece was eroded by his failure to draft concrete proposals,” the EU official said.

Clearly Yanis Varoufakis is not the failure it is the economically illiterate European Union who cannot stomach hearing from Yanis about the failure of Austerity.


We publish a review of some of the current options for Greece from the Anti Imperialist Camp below:

The German minister of finance, Wolfgang Schäuble, has made it candid-clear: no credit extension without complete surrender to the conditions dictated by the creditors’ financial oligarchy.

This despite the fact that everybody knows that Greece will under no conditions be able to serve its debt.

The German message therefore serves first of all to make clear to the entire southern periphery as to who is to command and who to obey.

This will turn out to be a hubris of the type of Bush’s military “export of democracy” to Iraq.

Syriza not to accept complete surrender

For the last two months the Greek government has been trying to play cat and mouse.

On one hand they signalled their readiness to agree to the troika’s conditions in their substance opportunistically hailing the Euro regime and the EU.

On the other hand they insisted on a compromise which would at least allow them to soften austerity which they have been elected for.

They could not afford to simply betray their electorate which would mean political suicide.

In a certain sense they remained true to their electoral formula “Neither rupture nor submission” proving at the same time the impossibility and wrongness of their own slogan.

The fact that Syriza eventually did not give in – which at a certain stage of the negotiations seemed close to happening – is also thanks to the important left wing who opposed that categorically.

Also the popular pressure played its role though the electoral mandate was ambiguous and left a door open to capitulation for the sake of preserving Greece’s membership in the Euro zone.

As it became gradually clear that Syriza as configured today is not ready to serve as their puppet, the EU oligarchy and their media apparatus is contemplating to split Syriza and propose a broad government of national salvation accepting Berlin’s dictate.

Is this split of Syriza possible? Who would be ready to go with the right wing of Syriza betraying the popular interest? The post-Pasok splinters seem to be too weak. Bring down Tsipras in order to return power to Nea Demokratia?

The variant of a Quisling-type government under the banner of salvation by avoiding the default is improbable.

If things remain like this the German blackmail is doomed to fail.

A split of Syriza will become, however, plausible if the Euro-crats accept to make serious concessions to the Greek government.

This could push the majority around Tsipras to break with the left wing and maintain governmental office.

This would require to neutralise the falcons around Schäuble.

Gradual decomposition of an contradictory and impossible electoral mandate

For a certain period of time the negotiations between Athens, Bruxelles and Berlin appeared to a poker accompanying by bluffing.

As the end of the game can be felt it morphs into a political operation to blame the other for the failure. It is the clash of narratives creditor versus debtor, neo-liberalism versus Keynesianism. In the end it is a social struggle against the capitalist elites acquiring national connotation.

For the vast majority of the Greek people it is clear that the Syriza government has done whatever possible to please the creditors offering even partial surrender.

But the financial oligarchy only accepts submission into debt peonage. According to their neo-liberal religion this is the only way to salvation.

Despite the relentless campaign of the corporate media the Greek people will understand and honor steadfastness along the popular strata of the other countries of periphery.

Even within the core countries including Germany standing firm will gain the support of a significant minority in the lower strata of society.

David can deliver a significant blow to Goliath.

To put it differently: It has taken a certain time to dissolve the antinomy of Syriza’s electoral formula into the only two historic alternatives: Within the Euro regime there can only be continued austerity for the periphery.

If austerity should be ended, then the break with the EU oligarchy representing the creditors’ interests in unavoidable.

We do not allege Syriza to have taken this itinerary for pedagogic reasons.

Its right wing really believed to be able to change the Euro regime.

The historic lesson of failure taught the people and to a certain extent also significant parts of Syriza the necessity to confront the ruling capitalist elites.

That does, however, not mean that Syriza’s right wing is happy to go down that road. They will try whatever possible to avoid or soften the conflict.

And they might be even conscious that at the end the EU elites will need them in one way or the other as only relying on Neo Demokratia is at least for the time being not enough.

The elites claim that Greek default will not have any significant impact on their system but first of all harm Greeks themselves. But it only serves to make their threats credible. It is enough to follow their own media to understand that they are not sure at all. Their praised financial markets and the spread over bunds speak all too clear a language.

Despite the numerous firewalls and rescue funds installed the consequences for the European and even global financial system are unpredictable. True, most of the Greek debt is in public hands. But the entire banking system as such is fully intertwined with the core capitalist states.

Given that the capitalist system since 2007/8 have not succeeded to come out of the crisis mode it is not given that it can absorb a shock of unprecedented proportion.

But the main impact will be political with its repercussions on the financial system. A default setting the Greek government against the ruling capitalist elites of the core European states delivers a message to the people of the European south which could not be more powerful. It will push them to resist the Brussels-Berlin dictate holding them in misery.

Eventually it could lead to the unraveling of the entire Euro regime and even the EU.

Not to forget the geo-political aspect: Pushed into default by Berlin’s blackmail Athens will turn to Moscow and Beijing for survival setting Washington in motion.

Actually Athens has been insolvent since the first bailout in 2010. Only the troika allowed them under their forced administration to not default and continue to serve their debt. Everybody knows that without the extension Athens will inevitably default even within weeks.

So if Syriza continues to defy the dictate, and that seems the case, default is imminent. By accepting this it turns weakness into strength. In the end it is their only trump card as the EU elites could not imagine their steadfastness.

Now Berlin will have to face the consequences of their blackmail. It is them to hesitate!

Coup by the means of a default shock?

By means of the default threat only apparently it has not been possible to install a subservient government in Athens. Most probably Berlin needs to make the default happen – with all the connected risks.

From the point of view of the oligarchy it is evident that they will try to use the shock caused by the default as much as possible to undermine the current government. Capital flight and imposition of capital controls; failing banks and nationalisations; public salaries not being paid in time; substantive devaluation of the new currency to be issued: in the very first phase after the default a further economic contraction is nearly unavoidable.

In such a scenario Berlin and Brussels might come up with a new “rescue package” contingent on eliminating the anti-oligarchic forces from government. By promising relief to the population they might push to form a new government ready to accept the known “conditionality”.

If this is impossible by parliamentary means this might come about by a referendum or even in breach of the constitutional rules. But this scenario is more the logic consequence than an actual plan. Today astonishment and confusion prevails in the elites who also could decide to further prolong the limbo.

All this will most probably mean the exit of Greece from the Euro as the government will be forced to act which is only possible by issuing a new currency within very few weeks. The political operation by the center elites will need months given their today’s disorientation.

The magnitude of the sociopolitical earthquake might, however, lead even to unexpected results. Not accepting submission into long-term debt peonage possibly will pay for Syriza.

As the assumption of its left wing will have proven right, we could see a shift to radical positions both in society as well as in Syriza.

The Syriza government might be forced to take a whole series of measures against the oligarchy’s interest.

Or, the left wing could even gain the lead.

That would require the construction of a broad front far exceeding Syriza and the historic left in order to defend the interests of the majority of the people transforming the mandate of January into a program of rupture with the capitalist elites of the center and its Greek henchmen.