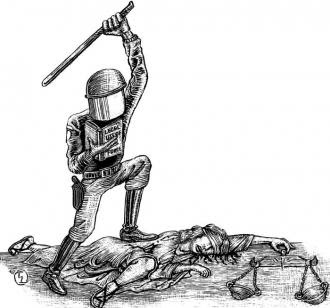 New Delhi: The Supreme Court (SC) will consider next week a significant plea for setting up a committee to monitor rehabilitation of displaced tribals in Maoist-affected areas.

Nandini Sundar, a sociology professor at Delhi University, had filed a petition in 2007 asking for a ban on Salwa Judum, an armed network of civilians created in Chhattisgarh in 2005 to counter Maoists. She also suggested that the court oversee implementation of the rehabilitation plan.

Nandini’s lawyers argued that the state itself was financing violence rather than defending citizens. The petition quoted official figures and said that Maoist violence had increased many-fold in the state. In the past year, there’s been a fresh escalation of violence due to Operation Green Hunt.

“Innocent adivasis have begun fleeing homes in large numbers because security forces and the Salwa Judum have started a crackdown to catch people helping Maoists. This action has hit hard thousands of tribals.

Though the apex court had in 2009 asked the Raman Singh government to shift armed forces personnel from schools and other educational institutions in Narayanpur, South Bastar-Dantewada and Bijapur, no marching orders have been given so far.

The affidavit said that security forces camping in schools, ashrams or grounds be ordered to vacate and primary schools be reopened in all villages. “Wherever Maoists have demolished schools, villagers should be given employment under NREGA to reconstruct these,’’ the affidavit said.

The petitioner had asked that the displaced tribals be given a monetary package on a par with victims of the 1984 anti-Sikh riots or uprooted Kashmiri pandits. In addition, the affidavit said, the government should give children mid-day meals, provide healthcare to all, reconstruct destroyed houses and give land to tillers.