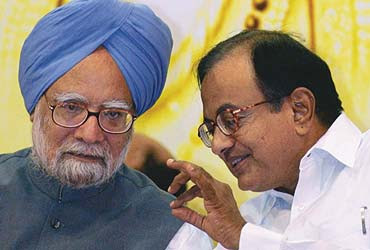 New Delhi, April 6: Rights activists have blamed today’s Chhattisgarh massacre on the government’s policy of “waging war on its own people” and called for a dialogue with the Maoists.

They alleged the security forces were killing Adivasis and meant to eliminate the Maoists, who could not be expected not to fight in self-defence.

“The home minister has expressed shock at 75 paramilitary personnel been killed… he didn’t express any concern when these forces killed 200 Adivasis in Bastar between September 2009 and January 2010,” said G.N. Saibaba, deputy secretary of the Revolutionary Democratic Front.

“I will not ask the Maoists to abjure violence — the men who have been killed today were in the forest to kill them. I will appeal to the government to withdraw forces and initiate dialogue.”

Saibaba was recently named in the chargesheet against arrested Maoist ideologue Khobad Ghandy for allegedly sheltering rebel leaders in Delhi.

G. Navlakha, former secretary of the People’s Union of Democratic Rights, who has also been named in the Ghandy chargesheet, said: “Why is it that each time security personnel are killed, the media call up civil rights activists and ask for quotes but don’t do the same when Adivasis or Maoists get killed?”

He added: “Since war remains the preferred option of the Indian government, it has no one else but itself to blame when combatants die. We wish to remind them that the security forces were returning from three-day-long operations when the ambush took place. As a civil rights organisation, we neither condemn the killing of security force combatants nor that of the Maoists combatants.”

The Centre accuses rights activists in Delhi of being Maoist sympathisers and spokespersons, and has cracked down on them since Ghandy’s arrest. The Delhi police has charged several rights bodies with being fronts for the Maoists.

“Each time there is an instance of Maoist violence, people like us are asked how we can justify it. This question has no answer,” said Rona Wilson, spokesperson for the Committee for the Release of Political Prisoners, accused by the police of being the Maoists’ PRO in the capital.

“The solution lies with the state — being the primary custodian of law and order, it has to take confidence-building measures. The Maoists had said they would stop violence for 72 days, but the home minister didn’t respond, saying it was a ploy.”

The government says the rebels must lay down arms before a dialogue can be held, and that talks offers cannot be made through the media. Home minister Chidambaram had even announced a ministry number to which such offers could be faxed.

“A dialogue is welcome, but the government doesn’t seem serious about it,” civil rights lawyer Prashant Bhushan said. “Basically, they don’t want to call off Operation Green Hunt.”