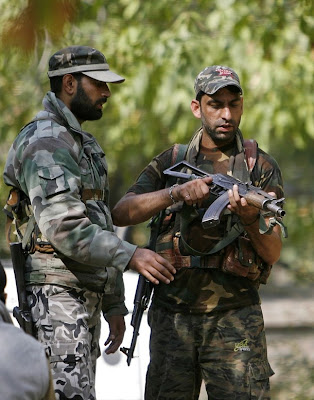 Maoists Sunday blew up a bus in a remote part of Orissa killing 10 security personnel as Home Minister P. Chidambaram called the rebels cowards and warned the war against them would be prolonged.

The rebels detonated a landmine, about 14 km from Baipariguda town, when a large number of Orissa's Special Operation Group (SOG) personnel were going in three vehicles, Deputy Inspector General of Police Sanjeeb Panda told IANS
Posted by nickglais on 4/04/2010 04:43:00 AM