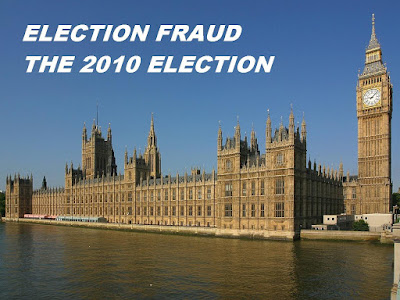 The May 6th Election In Britain is a fraudulent exercise by the British monopoly finance capitalists to give the impression of political choice, but the reality is that there is no real choice because all parties are committed to the bourgeois Parliamentary system and there is no choice of real mass democracy for the working class people of Britain in this Election.

The Co-ordination Committee of the Revolutionary Communists of Britain calls on the people of Britain not to be herded into the polling booths to support the Parliamentary system of the monopoly finance capitalists but to abstain from voting and organise to fight to create new organs of mass democratic people's power. Resist the war of the monopoly finance capitalists against the real economy and working people of Britain.

British Parliamentary democracy has run its historical course and has been exposed has a sham with the bail out of the monopoly finance capitalists of the City of London at the expense of the people with Parliaments corrupt consent.

The members of the British Parliament have exposed themselves has corrupt opportunists whose loyalty is to their pocket and not to the people.They are has fake has their institution of Parliament.

It is now time in Britain to create new democratic structures has the old Parliamentary structure have been hollowed out of its democratic content by the corporate power of monopoly finance capitalism in Britain
.
The Co-ordination Committee of the Revolutionary Communists of Britain opposes the sham of Parliamentary Democracy with the mass democracy of the working people of Britain in action with demonstrations, occupations,strikes and whatever new forms of struggle the ingenuity of the working class people of Britain devises.

The working class people of Britain are deserting the Parliamentary system in their droves and we should not herd them back into the polling booths like the revisionists or trotskyists wish us to do.


DON'T VOTE - ORGANISE AND FIGHT BACK


Co-ordination Committee of the Revolutionary Communists of Britain