British imperialism in the world today and the task of the British working class. 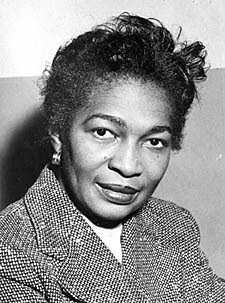 The Revolutionary Communist Group and its newspaper Fight Racism! Fight Imperialism! bring greetings to this meeting and salutes the memory of Claudia Jones.

With a general election imminent in Britain and media filled with politicians competing for our support I am reminded of what Che Guevara said in 1960:

‘The importance of the monopolies is immense, so great that it makes political power disappear in many of our republics. Some time ago I was reading an essay by Papini where his character, Gog, bought a republic and said that although the republic thought it had presidents, legislatures, armies, and that it was sovereign, he had actually bought it. The caricature is exact.’ Che Guevara, Political Sovereignty and Economic Independence, speech broadcast in1960.

By imperialism we mean the concentration of production into monopolies, the merging of banks with industry to create finance capital and the export of capital around the world to generate super profits for the monopolies, and the division and re-division of the world between a handful of rich imperialist countries so that the world is divided between a handful of oppressor nations and a majority of oppressed nations.

If we look at Britain today, Britain the oldest imperialist power and its monopolies: the Financial Times 500 biggest firms in the world (measured by their market value in 2009) only the USA has more than Britain. Their combined worth is $1.16 trillion, they include two of the four biggest oil and gas companies (Shell and BP), Rio Tinto – mining, Xstrata – mining, BHP Billiton – mining, Anglo-American – mining. Where do they mine? Here in Britain? No! Africa, Asia, South America: plundering the world for cheap raw materials. Imperial Tobacco, British American Tobacco. Does tobacco grow in Britain? No it does not! Unilever – built on the profits made from West African palm oil. And the banks, Barclays, Lloyds – founded on the profits from the slave trade. HSBC (the Hong Kong and Shanghai Banking Corporation) built for the colonial pillage of China. Standard Chartered – funder of the British colonial occupation of Africa. And Tescos – its shelves stacked like an Alladin’s Cave with the fruits of empire spread before us, with cut flowers flown in all year round from countries like Kenya, while Kenya’s children go hungry. I remember George Orwell when he was asked about the British working class, he said it was in India. Today it is employed and exploited all around the world.

Britain’s foreign assets amount to around five times the size of British economy and of these assets 60% or a sum nearly three times the size of the British economy takes the form of loans and deposits abroad by British banks: a gigantic usury capital. The City of London stands at the heart of British imperialism and global imperialism. It, in effect, runs the British state. Its interests are what counts in the coming election, not yours or mine. These are the words of Walter Bagehot writing a book called The English Constitution in 1867 (the year of the 1867 Reform Act extending the franchise) ‘Democracy is the way to give the people the greatest illusion of power while allowing them the smallest amount in reality.’ As Lenin said, all the important questions of war, peace and diplomacy are made by a handful of capitalists, who deceive not only the masses, but very often parliament itself. This is borne out by the Chilcott Inquiry into the Iraq war; a decision taken in secret.

The capitalist system is now in a crisis of accumulation; the fight for sources of raw materials and fuel between the major powers intensifies around the whole world. Imperialism is marked by a minimum fondness for peace and a maximum fondness for war (Lenin). In four centuries England and then Britain unleashed 230 wars of colonial conquest. With Haiti in our minds, in 1586 Sir Francis Drake laid siege to Santo Domingo (then the capital of Hispaniola) for a month and sacked the town. In 1793 up to 100,000 British Redcoats marched into Haiti to try and take the country from the slaves in revolt and the French. They were defeated. The British and US states have been continuously at war since the fall of the Berlin Wall and collapse of the Soviet Union: Iraq, Yugoslavia, Afghanistan and Iraq again as they fight to retain their pre-eminent positions among competing powers. Since the end of the Second World War the British state has made approximately 130 separate military interventions overseas. You will know of some of them: Gold Coast (Ghana) 1948 to suppress riots; British Guyana (Guyana) 1953 to remove Cheddi Jagan; 1961 Tanzania/Zanzibar to suppress a rising; 1969 Antigua and Anguilla; 1970 Cayman Islands; 1973 Bermuda and the list goes on...

British manufacture now employs fewer than three million people, but of these over one in ten are employed in arms manufacture. The biggest British arms company is BAE Systems; it is the fourth biggest arms contractor in the world and the sixth biggest supplier to the US government. It operates in 100 countries; its directors include the directors of NatWest Bank, Deutsch Bank, BP, P&O, Burmah Castrol, Orange, Imperial College and the Independent Television Commission. This is the imperialist ruling class, personifying the intertwining of banking and industrial capital. BAE Systems funds 60 universities worldwide; a monopoly once it is formed penetrates every corner of society (Lenin), even to begin to control the fate of our education system.

Imperialism has two crucial effects for understanding British society over the past century and more. Firstly, super-profits are used to bribe a layer of the working class, a labour aristocracy, which has a vested interest in the success of British capitalism and imperialism. That layer is historically and politically represented in Britain by the Labour Party and the leadership of most of the trade unions and has been for a century. Secondly, imperialism generates racism in the oppressor nations. Racism is the form that national oppression takes within the imperialist country. Racially oppressed people endure worse working conditions, social and housing conditions than the majority of the population – and they are key, crucial to defeat of the imperialist state. Brixton 1981, Toxteth, Birmingham, Tottenham and elsewhere – rising against oppression, police oppression. The British state responded: it appointed General Sir Frank Kitson Head of UK Land Forces (Kitson was involved in the 1971 Bloody Sunday in Derry) and Sir Kenneth Newman as head of the London Metropolitan Police; he was previously chief constable in the occupied North of Ireland. The methods of colonial policing were to be deployed in Britain against black and Asian youth and against British workers.

A report from the 1970s, the Parker Report into British interrogation methods (torture) used in the North of Ireland stated, ‘Some or all [of the methods of interrogation] have played an important part in counter-insurgency operations in Palestine, Malaya, Kenya and Cyprus and more recently in the British Cameroons, Brunei, British Guyana, Aden, Borneo/Malaya, the Persian Gulf and Northern Ireland.’ (See David Reed, Ireland: the key to the British revolution, 1984). We see today in the cases of Binyam Mohamed and Shaker Aamer, the last British resident held at Guantanamo in US occupied Cuba, that the British state is again complicit in the use of torture.

The mask of democracy is being pulled away to reveal the dictatorship of the bourgeoisie. The ruling class is equipped with all the paraphernalia needed to wage war on the working class; the laws (4,200 new criminal offences since Labour came into government in 1997) and police equipment and methods. To fight imperialism, fight racism, give solidarity to Cuba and Palestine and the struggles of all the oppressed peoples of the world. Oppose British imperialism and the British Labour Party, let us work together. The defining characteristics of British capitalism and imperialism in the current period are its parasitism and its aggressiveness. These features permeate society and will determine its future until we have built a movement capable of stopping it and overthrowing it. Fight Racism! Fight Imperialism!

For the Nickglais speech at the Claudia Jones meeting on the Task of the British Working Class against Class and Racial Opression visit here :