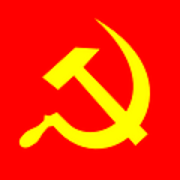 Kathmandu, Dec 12: Maoist central committee leaders expressed dissatisfaction over the performance of the party while leading the current coalition government.

During the central committee meeting, they stressed on the need to implement the commitments made to the people and improve the performances of the government.

Talking to reporters, the leaders said that speakers also demanded for consolidated thought on leadership and unity to effectively implement the strategies set by the national gathering of party cadres recently.

Prime Minister Prachanda reassured the leaders to improve the performance of the government in the coming days, Nepalnews reported
Posted by nickglais on 12/13/2008 08:09:00 AM