“Monopoly capitalism is not sustainable as it leads to unequal development,”says Dr Bhattarai 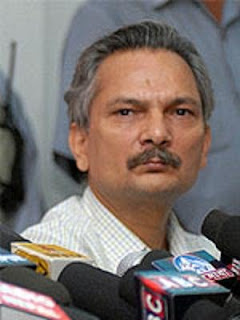 NEPAL: Nepal’s Maoists say the global financial crisis is a sign capitalism is failing and warn that if the turmoil goes on for long, “imperialist” powers may turn to war.

The Maoists, elected to rule the Himalayan nation nestled between India and China after fighting a decade-long armed struggle to install a communist republic, say they are unsurprised by the financial turmoil. “What’s happening is a long-brewing crisis within the whole monopoly capitalist system. This is nothing surprising,” Nepal’s Finance Minister Baburam Bhattarai told AFP in an interview on Sunday.

“Monopoly capitalism is not sustainable as it leads to unequal development,” said the 54-year-old architectural engineer who, until a 2006 peace deal, was a rebel with a price on his head.

“Capitalism is failing” and now is a “very ailing patient”, said Bhattarai.

“If this crisis continues —- if there’s no socialist alternative offered — then in the long term, the imperialist masters will resort to war,” Bhattarai said.

“The second world war was the result of economic crisis,” he asserted, noting the economic depression that preceded the conflict.

Luckily, the moustachioed Maoist said, Nepal has “very few links with the global economy and the whole imperialist system” and appears to have escaped so far the impact of the global turmoil. Nepal is one of the world’s poorest countries where around 80 percent of people depend on agriculture for a living.

“Our backwardness is an advantage,” said Bhattarai, who has promised radical reforms in aid-dependent Nepal where a Maoist-dominated assembly voted to end the world’s last Hindu monarchy in May.