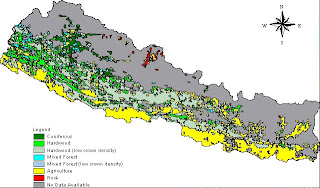 A meeting of the Council of Ministers today decided to form the seven-member commission.

According to government spokesperson and communication minister Krishna Bahadur Mahara, the coalition partners will have one member each in the commission and one member will be from the National Land Rights Forum, which had staged days of protest in Kathmandu demanding a high-level commission to address the problems of landless people
Posted by nickglais on 12/10/2008 09:27:00 AM