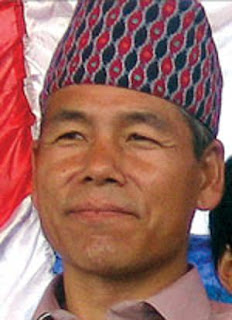 A senior Minister and a Maoist leader Dev Gurung has said that 'imperialists' are controlling the government.

Despite communists being in power, the government is dancing to the tunes of the imperialists, said Minister for Law, Justice and CA Affairs Dev Gurung.

He did not identify the foreign countries whom he accused of running the show.

"Everything is dictated by foreigners including petty matters like formulating laws," he said.

He accused that some parties were aiding the imperialists who he claimed wanted to disintegrate the country.