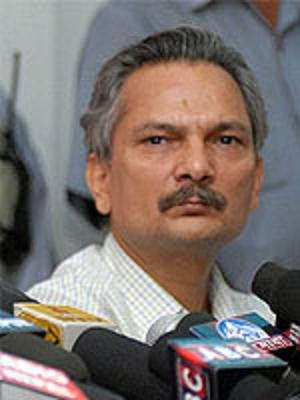 While addressing the UN Conference on Development Financing in Doha, Qatar, Dr Bhattarai said,” Foreign assistance should be gravitated towards promoting production, in come and employment in a way that the will eventually result in a decline of the financial dependence of undeveloped countries on developed ones.”

Dr Bhattarai also asked the US and Europe to adopt concrete measures to shield the underdeveloped from the current global financial meltdown.

He also opined that the financial breakdown should be looked upon as an opportunity to create new world order which upholds the value of equality and justice.

The finance minister also made it a point to relate that the Maoist-led government has attached topmost priority to the economic growth of Nepal with social justice.

Political Economy Research our sister site says The "Washington Consensus" - stabilise, privatise and liberalise - is dead. Long live the new pragmatism. That is the message of "the growth report" released in May 2008 by the commission on growth and development chaired by the Nobel laureate, Michael Spence.

No single recipe will secure sustained and rapid economic growth in poor countries, it argues. Governments have to choose from a variety of ingredients. Yet only governments can do so. They "are sometimes clumsy and sometimes errant", but "active, pragmatic governments" are indispensable.

This pragmatism is one of the two principal contributions of this report. The other is its focus on growth itself. This is not to suggest that growth alone matters. But without it sustained improvements in human welfare are impossible: one cannot redistribute nothing. The report forces us to refocus attention on this overriding goal.

The great majority of the commission's members are policymakers from developing countries. Naturally, they are interested in learning from the few countries (13, in fact) that have managed growth of 7 per cent a year, or more, for at least 25 years. They have come to two broad conclusions: first, fast and sustained growth "requires a long-term commitment by a country's political leaders"; second, it depends on sustained engagement with the global economy, as a source of both knowledge and demand.

Beyond this, the report identifies a number of ingredients in the growth pie. No country, it notes, has sustained rapid growth without high rates of public investment in infrastructure, education and health. Furthermore, growth means profound structural change. Policy must allow this to happen, while doing what it can to protect people.

The commission also emphasises that "growth strategies cannot succeed without a commitment to equality of opportunity" and action against extreme inequality of outcomes. Meanwhile, the inclination to leave the environment aside at the early stages is a huge mistake.

Political Economy Research says it is time for the people of the world to demand socialise, especially for utilities like water, equalise as growth just for the rich does not help the poor, and democratise has self interested comprador elites have usurped the political process.

So let Socialise, Equalise, Democratise and bury Stabilise,Privatise and Liberalise the theology of the last third of the 20th Century.
Posted by nickglais on 12/02/2008 02:38:00 AM