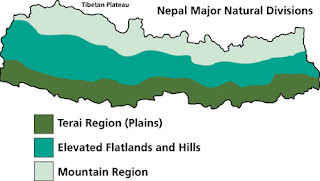 The Madhesi group, Samyukta Janatantrik Terai Mukti Morcha (SJTMM), an outfit formed by the former Maoist rebels had launched a violent struggle for greater rights and more autonomy for the Madhesi people.

The Maoists' former deputy commander and Minister for Peace and Reconstruction Janardan Sharma after holding two hour long talks with the Madhesi group in Janakpurdham, a southern Nepal city, described the talks as positive.

The government has signed a five-point agreement SJTMM. Kautilya Sharma, talks coordinator of SJTMM, has expressed hope that the government will be faithful in fulfilling their demands.

Under the agreement the Maoist government has agreed to provide security to members of the underground outfit who are participating in the talks and assurance was given that they be not arrested, and the rebels in turn, have agreed to halt their military action, according to officials.

The government has also agreed to treat the members of the outfit as political prisoners and initiate trial of its cadres put in jails.