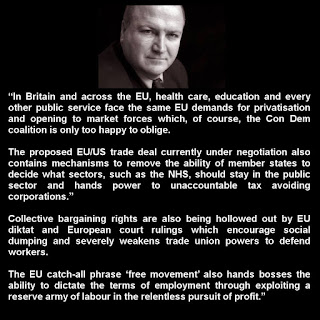 Jeremy Corbyn has continued triangulating right while appearing Left - his pro neo Liberal European Union position today has shown that the right have already ACHIEVED their main objective in the Labour Party. 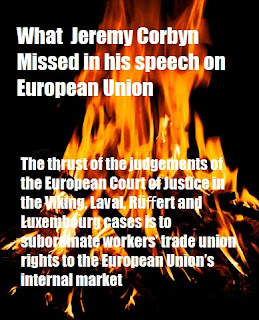 
It is false to somehow pretend that just TTIP is the problem - it is the Neo Liberal European Project that is the problem and it is sad day to see Jeremy Corbyn being used in this way by the British establishment. 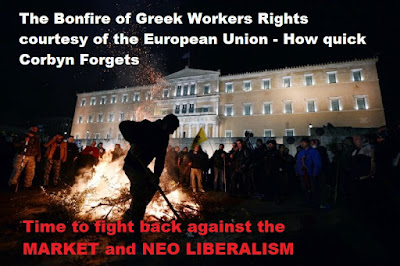 The Labour Party has turned better people in the past into betraying the working class - in fact that has been the historic role of the Labour Party in the last 100 years.

A sad day for the working class of these islands

FREE PAMPHLET BELOW ON EU ATTACKS ON WORKERS RIGHTS