Sigmundur Davíð Gunnlaugsson has resigned as Prime Minister of Iceland 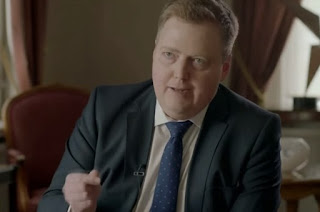 Minister of Agriculture and Fishing Sigurður Ingi Jóhannsson told RÚV just moments ago that Sigmundur has resigned as the Prime Minister. This move still needs the approval of the Independence Party, and the President, before being official.

Sigmundur will remain on as chairperson of the Progressive Party, and Sigurður Ingi will take his place as Prime Minister. Sigurður said that they want to continue their partnership with the Independence Party, and do not recommend early elections at this time.

Sigurður has publicly defended the Prime Minister since the Panama Papers story broke, going so far as to defend the use of offshore accounts by saying, “It is complicated to have money in Iceland.”