India : Tributes to Satnam from Vishav Bharti and Harsh Thakor 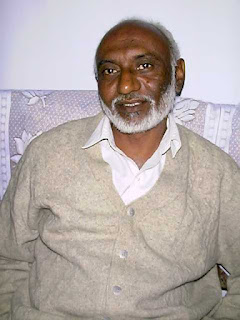 ‘Whose obituary do you want to write?’ he would have laughed at me. ‘G Fellow’, who was admired by the radical Left cadre as a commentator on international politics? Gurmeet Singh — the name that he shed decades ago in Amritsar when he joined the Naxalite movement in the 1970s?

Or Satnam, whose classic travelogue Jangalnama was hailed by mainstream English critics as India’s answer to ‘Red Star Over China,’ a 1937 book by Edgar Snow? The account of the Communist Party of China was written when they were a guerrilla army still obscure to Westerners.

Satnam, who died in Patiala on Wednesday night at the age of 64, lived many lives. Sometimes as an underground Maoist guerrilla, sometimes as a democratic rights activist on fact-finding missions on human rights violations in Kashmir and Gujarat genocide, or as a creative writer, who would write with equal felicity in Punjabi, Hindi and English.

Like many youngsters in 1970s, he also left home with a dream that the world can be made a better place to live. “But he was one of the few who remained steadfast in his belief till their last,” says Prof Bawa Singh, his close friend and former vice-chairman, National Commission for Minorities.

All these decades, besides political activism, Satnam kept on writing short stories and political commentary under different pen names. “He had written around 15 short stories but nobody bothered to preserve them and he himself was busy in activism, so most of these are lost,” reveals Singh.

Among those writings only one story, World’s Oldest Profession, on prostitution that appeared in a Hindi magazine has survived.

“While travelling in Bastar in 2001, it never crossed my mind that I will write something,” he would often say about Jangalnama.

Two years later, while reading something, the idea occurred, thus Punjabi literature’s ground-breaking travelogue was written in just 12 days. “Then I didn’t think of publishing it but some friends took the initiative in 2004,” he would tell.

People were for the first time reading accounts from the jungles of Bastar that the Maoist movement was not only about Improvised Explosive Devices (IEDs) or killing security personnel, but it was also about how people were struggling to change their fate when the state is absent.

Even Arundhati Roy, who admired the work as “the best work on India’s Maoist movement”, later acknowledged that his book inspired her to visit Bastar. But he refused to sell his soul to the logic of manufactured fame.

Around five years ago, when Operation Green Hunt was at its peak, he surfaced again after traversing the virtual war zone of Bastar for several weeks. How was it, I asked? “I do not know why I no more fear death,” he quipped.

Now I remember his lines in Jangalnama about tribal fighters,

“The purity and conviction of their aim gives them the courage to look death in the eye. They love life but they don’t care about death.”

He was no different in his life. Nor will he be in his death.

(The writer translated  Jangalnama into English) 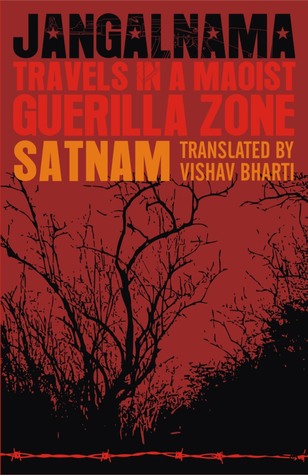 The following comments are the personal views of Harsh Thakor

THIS GREAT SON OF PUNJAB.MAY HIS NAME BE WRITTEN IN RED BLOOD OR LETTERS OF GOLD.

HIS WRITINGS ARE A TREASURE HOUSE FOR THE ARCHIVES OF PROGRESSIVE LITERATURE.

MAY THE SPIRIT OF JANGALNAMA RADIATE CONTINUOUSLY LIKE A LIGHT FLASHING FOREVER.

ALTHOUGH I MET HIM ONLY ONCE HE WAS ALWAYS OPEN AND WILLING TO SHARE ALL HIS VIEWS.

I met him last December in Patiala and we spent some memorable moments.He was very kind to let me put with him for a day.He always boldly put up an original viewpoint.I admired his openness and humuor.His work on junglenama must have been a remarkable one.maybe a treasure house in the annals of revolutionary literature.

Satnam felt that the strategy of protracted peoples war would not work in Dandkaranya or India and upheld line of insurrection.

No doubt he laboriously served other trends like Nagi Reddy line and Maoist path but later abandoned both of them.

He felt C.P.I.(M.L.) New Democracy was the most progressive in Punjab.

What I liked most about Satnam's views were that India was not fascist or turning fascist and his admiration of some points of Bob Avakian.

No doubt the state is authoritarian and not bourgeois democratic but still not fascists as often termed in the maoist camp nor will it be easy to turn fascist.

Satnam felt India had too much diversity with the minorities to go fascist.

He genuinely believed however repressive India would not go fascist.

On Avakian he praised his views on dissent in Socialist Society and refuting of K.Venu in R.I.M.

Satnam felt that even the C.P.I.(Maoist) should function more democratically in mass organizations.

He was also critical of the trends led by late Harbhajan Sohi and Communist League of India
Posted by nickglais on 4/30/2016 03:03:00 AM