Democracy and Class Struggle is well aware of the role of Harvard University as both apologist for Imperialism and as innovator for Imperialism from derivative markets to capitalist greenwashing mathematics to  military and intelligence co-operation with the US Empire - therefore we are surprised to see David Harvey speaking there - has he acknowledges he was surprised himself by the invitation - and shares the deep contempt for Harvard University that Democracy and Class Struggle also shares.

While David Harvey can be criticised for old Social Democratic tendencies he is always worth listening to and more importantly learning from. 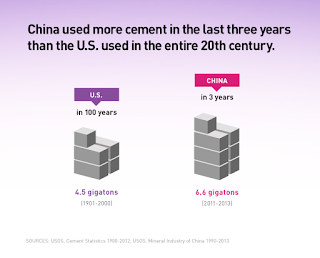 It is David Harvey’s contention that the production of space, especially the distribution and organization of the territory, constitutes a principal aspect of capitalist economies.

His writings on this theme have contributed to the ongoing political debate on globalization and on the different spatial strategies associated to global processes.

A foundation of Harvey’s intellectual project is his “close reading” and interpretation of Karl Marx’s Capital, which he has taught and read for decades and documented in his Companion to Marx’s Capital (2010).

But Harvey’s work is distinguished by the way he has brought Marxism together with geography with productive results for each discipline.

For instance, he has approached the overaccumulation of capital by way of its reflection in spatial expansion in order to demonstrate its causative role.

His book Limits to Capital (1982), which traces this argument, is a mainstay of the contemporary understanding of capitalism’s perennial economic crises (among others are Ernest Mandel’s Late Capitalism (1972), Giovanni Arrighi’s Long 20th Century (1994) and Robert Brenner’s Economics of Global Turbulence (2006))

Among other ideas, Harvey is known for his critical interpretation of the ideas of Henri Lefebvre and his own formulation of the “right to the city.” His book Spaces of Hope (2000) explores a role for architecture in bridging between the human body and the uneven development that is characteristic of globalization.

Asked to single out a favorite of Harvey’s books, Dean Mohsen Mostafavi refers to Harvey’s book Social Justice and the City (1973) as “an important articulation of the relationship between the city as a physical artifact and its social consequences.

His writings have provided an acute analysis of our society and provide an indispensable framework for new forms of spatial imagination."David Harvey, Distinguished Professor of Anthropology & Geography at the Graduate Center of the City University of New York (CUNY), is the 2015–2016 Senior Loeb Scholar.


LINK TO PROGRESSIVE LABOR PARTY PAMPHLET ON HARVARD UNIVERSITY AND IMPERIALISM - TAKE TIME OUT TO STUDY PAMPHLET ABOUT HARVARDS ROLE AS IDEOLOGICAL INNOVATOR  FOR US IMPERIALISM.