Democracy and Class Struggle is aware of the selective use of the Mossack Fonseca leak and the forces behind the leak - nevertheless some of the material is useful to expose the kleptocracy.

The Panama Papers, leaked files analyzed by reporters from the International Consortium of Investigative Journalists, revealed how the rich use tax havens to hide their wealth.

The leaked documents identify at least 12 heads of state among 143 politicians from 50 countries,
their families and close associates who have been using offshore societies located in 21 tax havens. They include politicians as varied as Ukrainian President Petro Poroshenko, the family of Pakistan's prime minister, Iceland's prime minister and Vladimir Putin's inner circle.

Macri was director and vice president of Bahamas-based company Fleg Trading, created in 1998 and dissolved in 2009. The company was managed by Mossack Fonseca when he was a businessman and mayor of Argentina’s capital Buenos Aires.

In asset declarations in 2007 and 2008, made when he was mayor of Buenos Aires, Macri did not disclose his connection to Fleg Trading. Nestor Grindetti, who was in charge of Buenos Aires' Ministry of Taxation in Macri's Cabinet, also appears in the confidential files. He also served the financial empire of Macri's father for more than 25 years.

The Macri administration put out a statement saying that the president was never a stakeholder in the ghost company, but that he did play an occasional role as CEO. The communique also confirmed that the ghost company was his father's, Franco Macri.

The document stated that Macri never claimed the company because he was never an active stakeholder.

However, the statement did not address the issue of the use of offshore tax havens.

While Argentine local papers wrongfully informed that the “family Kirchner” was also “involved” in the scandal, the family denied allegations in a communique released later in the evening, giving special criticism to the daily Perfil for defamation. “One more of the long list of the lies and insults meant to confuse and mislead citizens,” said the statement.

The name of Daniel Muñoz, former secretary of Nestor de Kirchner, appears in the confidential files, but no one from Kirchner's family.

Brazilian politician Eduardo Cunha, the president of the Chamber of Deputies, is also indirectly part of the scandal, as the list includes Idalecio de Castro Rodrigues de Oliveira, who according to the Brazilian attorney general, offered bribes to Cunha. As for Joao Jose Pereira de Lyra, also named in the files, he is Brazil's richest lawmaker with a fortune estimated at about US$140 million. He was recently accused by the Brazilian government of having employees work in conditions close to slavery in one of his sugar plantations.

In Mexico, the files involved businessman Juan Armando Hinojosa, nicknamed "President Enrique Peña Nieto's favorite contractor" for building his money empire mostly on public contracts with governmental agencies. He was also notoriously involved in the "White House scandal," when first lady and telenovela actress Angea Rivera bought a fancy US$7 million mansion at the end of 2014. Rivera claimed then that the money came partly from a US$4 million loan granted by one of Hijonosa's firms.

Panamanian state official Riccardo Francolini also appeared on the list. He was a close adviser of ex-President Ricardo Martinelli, who is himself currently probed over corruption charges. It also included Cesar Almeyda, advisor to former Peruvian President Alejandro Toledo.

The files uncovered offshore companies controlled by the prime ministers of Iceland and Pakistan, the king of Saudi Arabia and the children of the president of Azerbaijan.

The secret documents show that US$2 billion in transactions were secretly shuffled through banks and shadow companies by associates of Russian President Vladimir Putin.

They also provide the names of 33 people and companies blacklisted by the U.S. government because of evidence that they’ve conducted business with Mexican drug lords and nations such as North Korea.

“These findings show how deeply ingrained harmful practices and criminality are in the offshore world,” Gabriel Zucman, an economist at the University of California, Berkeley told the ICIJ.

The Washington-based International Consortium of Investigative Journalists along with reporters from several international media outlets, published the highly-sensitive secrets, after the firm had been subjected to an “unauthorized breach of its server.”

There were 11.5 million documents and 2.6 terabytes of information drawn from Mossack Fonseca’s internal database. The trove of documents is likely the biggest leak of inside information in history, according to the ICIJ.

This content was originally published by teleSUR at the following address: 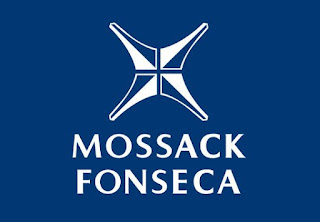 Ukraine’s president, Petro Poroshenko, set up a secret offshore company in the British Virgin Islands at a time when his troops were being wiped out in a bloody battle with rebels in Eastern Ukraine.
Leaked documents from the Panamanian law firm Mossack Fonseca show that Poroshenko registered the company, Prime Asset Partners Ltd, on 21 August 2014. Records in Cyprus list him as the firm’s only shareholder. They give his official address in Ukraine’s capital, Kiev – apartment 39, Hrushevskoho Street.