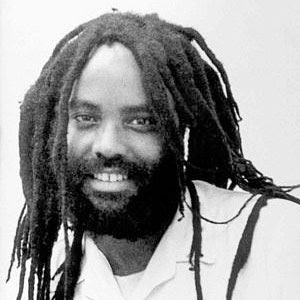 The Free Mumia Abu Jamal Defence Campaign in the UK invites you to meet :

ROBERT BRYAN - LEAD COUNSEL FOR MUMIA ABU-JAMAL IN BRIXTON TO UPDATE YOU ABOUT THE CASE OF MUMIA ABU JAMAL ON 10TH JUNE 2010.


Mumia Abu-Jamal and The Global Abolition of the Death Penalty

The death penalty has the ultimate form of punishment is unacceptable in a civilized society and undermines human dignity. (U.N. General Assembly, Moratorium on the Use of the Death Penalty, Resolution 62/149, Dec. 18, 2007; reaffirmed, Resolution 63/168, Dec. 18, 2008.)

Mr. Abu-Jamal, a renowned black journalist and author, has been on Pennsylvania’s death row for nearly three decades.Mr Abu-Jamal has become a global symbol, the "Voice of the Voiceless", in the struggle against capital punishment and human-rights abuses. There are over 20,000 awaiting execution around the globe, with over 3,000 on death rows in the United States.

The 1982 trial of Mr. Abu-Jamal was tainted by racism, and occurred in Philadelphia which has a history of police corruption and discrimination. Amnesty International, winner of the Nobel Peace Prize, "determined that numerous aspects of this case clearly failed to meet international standards safeguarding the fairness of legal proceedings. [T]he interests of justice would best be served by the granting of a new trial to Mumia Abu-Jamal. The trial should fully comply with international standards of justice and should not allow for the re-imposition of the death penalty." (A Life In the Balance - The Case of Mumia Abu-Jamal, at 34, Amnesty Int’l, 2000; www. Amnesty.org/en/library/info/AMR51/001/2000.)