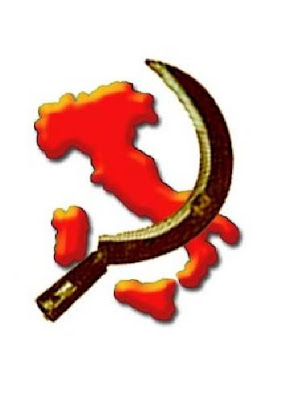 There is the crisis. Millions of proletarians are sacked or anyway put on the fringe of the economical activities and are forced to live on social security cushions, on assistance, on misery and expedients. Riots and turmoil are breaking out here and there. The conditions have become more favorable to the revolution. It is essential to build a Marxist-Leninist-Maoist Communist Party in every country. Is all this true or is it wrong? It is true, but it is also wrong!

They did not make it because they did not have a sufficiently good understanding of the conditions in which they fought and did not have a strategy to seize power and establish socialism. They did not know how to make a socialist revolution in an imperialist country. Maoism has given us the intellectual tools for understanding at a higher level the situation in which we fight and for defining the strategy that we follow, it gives us a higher method for knowing and acting. The glorious and heroic communist parties that have preceded us did not have this nor developed it by themselves. That is why they did not make the socialist revolution.

But which are the main contributions Maoism gives to the communist thinking?

The socialist revolution is not an event which breaks out because capitalism is in crisis and the masses are in a bad situation: substantially the communist parties should only get ready to take the opportunity. The socialist revolution is a revolutionary people's war, the party organizes it stage by stage, it collects forces in every front of class struggle in order to carry it out on a growing scale, it identifies, organizes, directs and combines the thousand threads, episodes and cases of class struggle. These develop spontaneously in open order and sometimes even neutralize each other: the party instead combines them together so that they reinforce each other, giving rise to clashes of a higher level until the constitution of an invincible force, which makes bourgeoisie and clergy’s life impossible. If the party does not organize and conduct the class struggle in this way, there will be no socialist revolution, no matter how much the crisis of capitalism becomes serious. It will be the bourgeoisie that will find some way out on its side.

The comrades who say that the system we live in today in Italy is modern fascism, although they say they are Maoists and sincerely believe to be Maoists, do not understand that the most reactionary and criminal groups of the bourgeoisie and of the clergy, are trying to promote the mobilization of the masses under their orders to throw part of the masses against the other part, and to lead them to plunder other countries. They do not understand that the communist party must promote the revolutionary mobilization of the masses around itself, under its direction; even less they understand how to do it. They do not see the competition between reactionary and revolutionary mobilization that is going on. They declare already lost a war that is just beginning. They take for granted that the most reactionary and criminal groups of the bourgeoisie and of the clergy have already won and created a system of modern fascism. Not by chance they borrow this thesis of the regime of modern fascism by the bourgeois left (Asor Rosa & Co.) that really has indeed already lost the game and has been already excluded from the direction of the movement of popular masses. The comrades who do not see the struggle that they must lead, of course they do not even lead it; even less they lead it effectively.

The comrades that say that the current crisis is a cyclical crisis, even if they say they are Maoists and sincerely believe to be Maoists, are not beyond the level of understanding of imperialism already got by the parties of the Communist International, which was an insufficient level to make the revolution. Those parties continued to talk about cyclical crises as well and have been repeatedly caught by events. By its nature, a cyclical crisis is a crisis during which the collapse of the business creates the way for the resumption of business in itself. The Authorities would be able to mitigate the effects of the fall of business on the masses with social security cushions and the reformists would then be realistic competitors of us Communists (the argument that “reformists are our worst enemies” feeds on this, whereas, if we have a right line, we actually can use them as auxiliary forces of the revolution). But we are not going through a cyclical crisis: we are at the terminal stage of the second general crisis of capitalism for absolute overproduction of capital.

What is the Protracted Revolutionary People's War in the imperialist countries, in our country, according to these comrades, who sincerely believe to be Maoist? Besides universal characters, the PRPW has particular characters and laws in every country. In order to lead the PRPW successfully every communist party must discover and use them. We have to experiment, to try, to verify, and to correct wherever necessary, and to improve. It is essential to understand the nature of the political regime in each one's own country. Italy is Papal Republic. The Criminal Organizations have a political role that the (n) PCI indicates in its Manifesto Program.

Comrades, we must build Marxist-Leninist-Maoist parties!

That is why we must put an end to the dogmatism which leads us into repeating empty phrases, maybe even beautiful and resounding, but empty. In every country we have to understand the concrete situation which we live in, the nature of the ongoing crisis, the nature of the ongoing political conflict, the conditions, the forms and the results of class struggle that was fought and that is being fought in our country and on the international level, drawing a line from it and verifying this line putting it into practice. It is not enough to put the term Marxism-Leninism-Maoism at the place of the term Marxism-Leninism as the RIM did in 1998 with its founding Declaration of 1984. The word has been changed, but the substance remained the same: what are Mao’s major contributions to communist thinking? It is not enough to dress up as Maoists, if we continue on the old way.

That is why we have to put an end to economism, which puts the economic demands as the main issue always and everywhere for mobilizing and organizing the workers and the rest of the popular masses, which neglects or puts in the second place the school of communism, the communist conception of the world, the political struggle, the clandestine party, its public work, mass organizations, the construction of the New Power, the establishment of socialism. A communist party that is not built starting from clandestinity and that does not work in view of the civil war as second phase of the ongoing revolutionary people's war is not fulfilling its task today and will not fulfill it even tomorrow. The terminal phase of the crisis makes increasingly difficult to defend and even more difficult to improve the conquests of civilization and welfare, if we don't build the socialist revolution. On the ground of only immediate and practical demands, the reactionary mobilization of the masses has the upper hand. The most reactionary and criminal groups of the bourgeoisie and of the clergy can give something to a part of the masses for mobilizing them against the rest of the masses and against other countries as they did in Germany with Hitler and in Italy with Mussolini. If we do not involve the masses in the struggle to establish socialism, the reactionary mobilization empties the merely claiming organizations: the popular masses pass from the left bourgeoisie and from the claiming organizations to the Northern League, to the racists, to the fascists, to the Criminal Organizations. Rosarno teaches it. The metalworker who today at the same time belongs to FIOM [the Italian Federation of Metalworkers, leftist wing in the CGIL, the greatest Italian trade union, translator’s note] and to the Northern League [the racist party, which is in Berlusconi’s government, translator’s note] will go to the left if we Communists develop the revolutionary people’ s war with incisiveness and create the conditions for constituting the People’s Bloc Government, and then drag FIOM to the left, by the mass line and the method of levers. Otherwise he will go to the right.

To build true Marxist-Leninist-Maoist parties in our countries means to give to all these questions answers clear and based on a just evaluation of the experience. Maoism itself has taught us how to fully understand also the class struggle that has gone on in the first socialist countries. Today we can draw huge teachings from their glorious experience, although it ended ingloriously in a long period of decline until they collapsed or changed side. In fact they showed to the humanity that socialism is the only alternative to capitalism and present barbarism.

Strengthened by the example of Soviet Union, of the People’s Republic of China, of the first socialist countries, armed with Marxism-Leninism-Maoism we can make the revolution in every imperialist country leading the protracted revolutionary people's war.