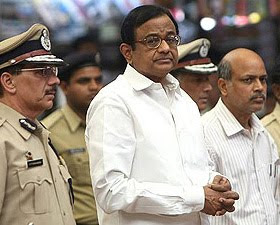 Civil society groups and individuals have reacted sharply to the Home Ministry's statement warning severe punishment to anyone found supporting the Maoists by propagating their ideology or collaborating with them.

Delhi University professor G.N. Saibaba described it as a clear violation of democratic rights of individuals and civil society groups, many of whom, he said, held political views similar to those of the Maoists though they had no link with the ultras. "There is a possibility of misuse of power as views of people who are against the government's policies may be interpreted as propaganda for the CPI(Maoist)", he remarked.

Saibaba, who is often seen with civil society groups opposing the government's anti-Maoist security operation, said the MHA directive directly violated the right to freedom of expression guaranteed by the constitution.

Mahipal Singh, national secretary of the People's Union for Civil Liberties (PUCL), a leading organization fighting against infringement of civil and democratic rights, said holding a political view and political ideology was no crime, even if it was the Maoist ideology. "If someone holds a gun and shoots people like the Maoists do that is a crime and the state can take action."

He also criticized the MHA's reference to the Unlawful Activities (Prevention) Act in taking punitive action against those collaborating with the Maoists. He said it was precisely for this reason that the PUCL was opposed to the draconian law. "Collaboration is a matter of interpretation. Collaboration as in helping the activities that are illegal, like supplying arms and ammunition and giving shelter to armed people, can be punishable but not sharing a meal or sheltering someone without being aware of that person's illegal activities."

Harsh Dobhal, editor of periodical Combat Law, shot back: "How do you define sympathy (for Maoists)? The government in its own report says deprivation is the main cause of Naxalism. The civil society groups sympathize with the poor's concerns, they care for such people (as do the ultras). Basically, it is a witch hunt by the government. In the name of fighting terror, the government can catch people and put them in jail and say that they are Maoists sympathizers."

Suhas Chakma, director of the Asian Centre for Human Rights was even more scathing in his comments. He said it seemed the central government was not very clear in its stand. "It is the same (home) minister who takes support of the DMK and allies some of whom are known to support the LTTE (a banned organization in India)!
Posted by nickglais on 5/07/2010 04:43:00 PM