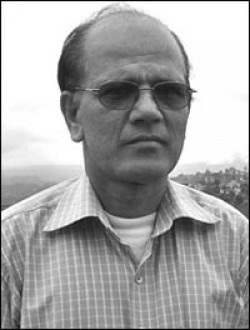 Nepalese Revolution and its Ideological Challenges

The end result of revisionism is counter-revolution; however, every revisionist advocates revolution, not counter-revolution. Revisionism comes in the guise of creative application of Marxism. It is also true that without the development of Marxism no revolution can advance. Hence, whether Marxism or revisionism develops in any party is a contradiction. It is not a question of intention of some particular leader. Rather, it is a question of whether or not one grasps the dialectical and historical materialism correctly and then applies it creatively in developing a political line, plans and programmes, to change the given concrete condition. Besides, it is not that a counterrevolutionary turns revisionist but those which are revolutionary on the whole but lack the correct grasp of dialectics slide gradually towards revisionism.

None portrays oneself as a revisionist; rather it is expressed in one’s ideological and political line. The political line changes with a change in the objective situation and so do the plans and programmes too. They are correct only when they comply with objective condition. It means that a political line that is revolutionary at one point of time becomes obsolete and even regressive at the other. Just for example, the political line of democratic republic that our CC meeting in Chunwang had adopted was correct in the then condition. But with the abolition of monarchy from the first meeting of Constituent Assembly and establishment of Federal Democratic Republic in Nepal, the Chunwang tactic has now become obsolete and even regressive. Therefore, at present our party has developed a correct political line, which is People’s Federal Republic. And after its accomplishment, the need to develop another political line arises.

Marxism is always attacked from two angles – ‘right’ and ‘left’. Different shades of rightists, tagged as communists, think that our party’s present line is ultra-left while the left sectarians see us as rightists. It is the line struggle mainly against these two wrong trends that our party, retaining its revolutionary character, has been advancing revolution. But, in the present context, right revisionism is the main danger. Only by waging firmly the ideological struggle against it can right revisionism be defeated. However, while struggling against right revisionism party must remain alert from the danger of being trapped into left sectarianism.

The new democratic revolution in Nepal is at a crossroads of possibility of great victory and the danger of serious defeat. We are now in the Constituent Assembly to write people’s constitution for a New Nepal. The representatives of different classes in the constituent assembly are exercising to write their own constitution. The comprador and bureaucratic bourgeoisie and the feudal elements want a status quo constitution to ensure their class interest. But, the entire oppressed class, nation, gender and the region including from the workers to the national bourgeoisie want a constitution that is anti-feudal and anti-imperialist in content. In this way, the class struggle is now focused at the content of the constitution, status quo or revolutionary.

In view of less than two- third majority on the part of entire parliamentarian parties the conspiracies to push our party aside from the constitution writing process are mounting and it will intensify further. It is sure that reactionaries will by no means write people’s constitution in their own. The recent political activities on the part of reactionaries reveal their conspiracy. Linger the process till May 28 and stage a counter-revolutionary military coup the next to impose status quo seems to be the reactionary design. In fact, the constitutional crisis after May 28 is in this way going to create a political crisis in the country. The reactionaries have seen military fascism as the only alternative to ‘evade’ the political crisis that the constitutional crisis after May 28 brings about.

Nepalese people are impatiently waiting for a constitution prepared as to resolve the basic contradictions that the semi-feudal and semi-colonial condition has created. There has been thousands of sacrifices from Nepalese people in order to build up an independent and prosperous Nepal that is free from feudal exploitation and imperialist intervention including class, national, regional and gender oppressions. Nepalese people have lined up for more sacrifice but cannot bow down before the reactionaries, domestic and foreign.

There is no doubt that the class struggle which is now centred on the new constitution making will develop to its climax in the days to come. It is definite that the foreign moves and interventions too will qualitatively increase. Not only will this bring different trends of the society into surface but also it cannot be denied that these trends will not influence the two-line struggle in the party, ongoing party’s political line and the plans and programmes of the struggle as well. The logic in the big house media that envisages ultra-left danger in the present line of People’s Republic and suggests on the need to seek a new model of transitional republic based on consensus should be viewed in relation to this context.

The class struggle directly influences the line struggle and vice versa. These two cannot be separated. In the present context when the class struggle is leading towards its climax our party has been, by means of inter-party struggle, sharpening the political line and concretising the plans further. And this is the way to go ahead. To grasp deeply the party line, remain cautious so that it does not become dull and implement firmly the plans of struggle is the responsibility shouldered upon all of us at present.

Today, our party is seriously engaged in writing new constitution. But the reactionaries are now forcing to make the revolutionary forces surrender and, if not, working to ‘wipe them out’ with military might. The expressions like, writing of an abridged constitution, revival of 1990 constitution and reinstatement of the Hindu Kingdom etc. have clearly indicated the conspiracies on the part of reactionaries.

In this situation, the constitution is not going to be written easily. And, no constitution can be written on the will of our party alone. The way how the great people’s war compelled those parliamentarian parties, who did not want even to listen the term constituent assembly, to agree with it and forced the monarchy to kneel down before the people by means of 19 days mass movement founded on people’s war, in the same manner, the people’s insurrection far more stronger than that will be able to defeat entire conspiracies including military coup and thereby open the way to writing people’s constitution that institutionalises the People’s Republic. In order to liberate Nepal and Nepalese people from feudal exploitation and imperialist oppression and build up an independent and prosperous new Nepal there appears no other alternative to people’s insurrection before the Nepalese people.

Immediately after that, in the next paragraph he writes, “Once these conditions exist, however, to refuse to treat insurrection as an art is a betrayal of Marxism and a betrayal of the revolution.”

The modality of people’s insurrection in any country is of its own character. Replication of Russian or Chinese model cannot make revolution in Nepal. But, in order to accomplish people’s insurrection as an art, the aforesaid conditions put forth by Lenin are universal. The crux behind three months’ plan of struggles that our party has adopted is aimed at fulfilling the aforesaid conditions for people’s insurrection. In compliance with the political line, only by implementing firmly the entire programmes of struggles that the party has adopted for three months can the entire conditions the Nepalese revolution demands, including the aforesaid ones, be fulfilled. It is today’s Marxism to accomplish Nepalese revolution. •
Posted by nickglais on 5/11/2010 11:00:00 AM