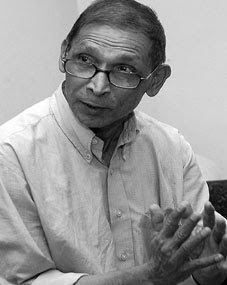 People’s War was initiated by UCPN (Maoist) on 13th February 1996. It has celebrated its 14th anniversary. PW had launched aiming to lead the struggle to the direction of communism through socialism with the process of establishing People’s Democratic Republic of Nepal. That is to say by liberating the country from semi-feudal and semi-colonial situation. To achieve these ultimate goals, the outline of PW was made in the sense of military strategic plan for the development of PW by building base areas in the remote areas. According to it, PW was developed and empowered. It took its rupture and entered into strategic offensive by completing its earlier two phases: strategic defensive and strategic equilibrium. In this process, the tactical series: interim government, democratic republic and Constituent Assembly (CA) were decided by the party.
In the course of PW, we can into the peace process since after a few time the people’s war had entered into strategic offensive. In the ideological struggle of peace process, interim government was made and democratic republic of Nepal was declared. And, at the same time, monarchy was suspended. The interim government declared the election of the CA and our party get victory as the largest party in the CA. Then, united government was formed under the leadership of our party.

In the course of great PW, thousands of brave warriors got martyrdom. Thousands of others got wounded and thousands are missing. The strategic achievement left to be gained in spite of the historic and unprecedented dedication, devotion and sacrifice of the thousands. Therefore, serious questions are being raised.

Great People’s War had both its achievements and its limitations. It is necessary to review from both the perspectives. Many military actions were taken during the period of People’s War. Some of them are successful military attacks in the district headquarters. Along with the development of military strategy and its scientific implementation, guerrilla troops were developed into military formation of People’s Liberation Army; which was developed up to the divisional formation. Hundreds of base areas and local people’s governments were made. As we advanced ahead stepping down to the strong foundation of PW, we uprooted the local roots of the monarchy and ended it while we came into the peace process. Establishment of Federal Democratic Republic replaced monarchy from the state power. The state was declared secular. Now with the concept of Federal republic, a new consciousness, awareness and the idea of emancipation has been developed in workers, peasants, dalits, women, nationalities and the oppressed class and the people. These are the important achievements of the great PW. However, the base areas and People’s Governments developed with the process of PW are not with us now. The expected goal of establishing New Democratic People’s Republican state power is still left to be established. The country is still semi-feudal and semi-colonial.

The main tactical and political line of our party under the leadership of proletarian class is to complete New People’s Democratic Revolution against feudalism, imperialism and expansionism. The main political strategy of the party lies within it. In the context of the establishment of republic by extermination of monarchy, the main task of our party has been centred in struggle against comprador capitalism and bureaucrat capitalism along with the remnants of feudalism.

After the establishment of Federal Democratic Republic and the completion of the election of CA, it is clear that we should develop the tactics. To not develop new tactics and remain attached to the old tactical line is conservatism, status-quoism and reformism. Therefore, giving sufficient attention to the developed political situation, our party has brought a change in principal tactical line. The present political tactics of our party has been People’s Federal Republic or People’s Republic. For the achievement of that objective, the party is on the way towards drafting a new constitution, to activate the fronts of street, CA and the government (if possible) and to secure the people’s right to rebel.

There is dialectical relationship in between tactical line, policy and leadership. Here we have to focus on the fact that it is not sufficient to only determine the general tactics and general policy; rather, it is equally necessary to make proper work-division by making concrete the tactics and policy in plan and programme. For this, there is an important role of revolutionary and efficient leadership.

Question of nationality and People’s Democracy

Nationality and people’s democracy are always inseparably combined in the semi-feudal and semi-colonial countries like Nepal. In that way, we are defining the Nepali People’s Democratic Revolution not only in terms of People’s Democracy but also in terms of national liberation.

Nepal is a landlocked country. It is encircled by China from the North and India from the East, the South and the West. Many unequal treaties are being made with India. On the basis of these unequal treaties, the Indian ruling class is interfering in Nepal’s economic, political, cultural and strategic spheres. The border has been encroached in many different places. Indian expansionism does not want to let Nepal be a free and independent nation. Indian expansionism, on the one hand, has been a barrier in the completion of the Nepali People’s Democratic Revolution, and it has made efforts to make meaningless civilian supremacy, peace and the drafting of a new constitution on the other.

Danger of National Capitulationism and Parliamentarism

When it seems that people’s democracy is being separated from the question of nationality and Nepali leaders try to be more polite and soft towards the Indian ruling class, national capitulationism raised up its head. Likewise, when the democratic republic is considered to be the ultimate truth and the reformist constitution is considered to be enough rather than making people’s constitution for people’s democratic republic, parliamentarism raises its head.

In the history of the communist movement of Nepal, the revolutionaries are labelled as extremist and dogmatist. It is only a pretension to put a mask over right opportunism and pragmatism. Illusions are being spread in the name of originality and creativity. We should be aware of this.

We should give our attention to the following facts while we are talking about great possibilities; first, the old ruling class is passing through a serious political, financial and cultural crisis. It is unable to run the state power in the old style and method.

Second, Nepali people do not want to be ruled by the old ruling class and they want to bring change in the political, economic and cultural sectors. The people are in the street since a long time ago for change and they are ready to even be involved in a nationwide mass struggle.

Third, the majority of people in Nepal have put their faith in the UCPN (Maoist).

Fourth, our party is subjectively strong, and it is enriched with experiences because it is developed through a decade long People’s War. Along with it, the Nepali revolution has serious challenges ahead.

First, regressive forces and status quo forces are being united against the revolution and they have the support of some of the international power centres.

Second, our party is very big in quantity, however it is not so qualitatively strong.

Third, class enemies are hatching conspiracies against the Nepali revolution and sufficient attention is not being paid towards them.

However, the possibilities are stronger than the challenges in comparison. We can face all the challenges if the unity of the party is made stronger ideologically, politically and organisationally, if the tactical line is implemented deliberately, if the contradictions concerned with the Nepali revolution are handled correctly and if we make the diplomatic task effectively in the international arena. For this, we have to take initiative in a planned way ahead for the bright future of the Nepali revolution.

At last, Nepal is at this time in a critical situation. The line of the revolution is not always straight, rather it is curved. At this time, we should be very serious and sincere about implementing the party line in practice while also being aware of national capitulationism and parliamentarism. In this process, the fusion of revolutionary farsightedness, intellect and spirit is necessary. We should raise our revolutionary flag up incessantly in any situation.