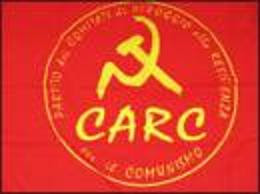 Nepal: Maoists come back in power

The government of the reactionary forces in Nepal, which came in power one year ago with a maneuver conducted by the Indian government, was forced to resign.

It has been the government of the Congress Party, representing the most reactionary forces in the country, aiming to keep it in the political, social and economic backwardness of the feudal system and in direct dependence on India, and the government of the Union of Marxist Leninist, a revisionist communist party that as a matter of fact shared Congress Party’s aims.

A government will be formed that will include the Unified Communist Party of Nepal (Maoist) party that has the majority in the Constituent Assembly.
Here it is the agreement signed yesterday May 28.

1. We are firmly committed to move ahead working together with consensus to immediately consummate the outstanding task in relation to the peace process into logical end and to accomplish the historical task of drafting new constitution.

2. In process of drafting the new constitution, however, considerable task has been accomplished but everything has not been accomplished yet therefore, we agree to extend the constituent assembly term for a year.

3. To achieve the above stated responsibility and task at the earliest, we agree to move ahead forming a national unity government in the basis of consensus. For this, we clarify that the prime-minister of the current coalition government will be ready to resign immediately.

The Maoists in Nepal make another step forward in their victorious path.

They show the world that communism is alive, rising again in its most advanced form, that is Maoism, and that Maoism, applied to the concrete situation of each single country, ensures success.

In particular, the Nepalese comrades show in practice what it means to use one of the main tools that Maoism gives us: the mass line. One of the ways in which the mass line is practiced is in ensuring that the left conquer the center and isolate the right. The Communist Party of Nepal (Maoist) Unified has isolated the right on different levels.

• On the political level: Maoists’ action created such contradictions in the centre party, the Union of Marxist-Leninist, that most of its members and its own vice president has demanded the resignation of Prime Minister, who is a member of UML himself.

The Maoists in Nepal show that the revolution is possible, contradicting those who say it is not, the enemies of the revolution, and giving confidence to those who have not it yet, still confused and still oppressed by the corruption of the revisionists, which lasted more than half a century, and led the first socialist countries and major parties as the first Italian Communist Party to ruin.

The Maoists in Nepal show that revolution is possible even in a relatively small and economically backward country, surrounded by powers like India and China.

Let’s support the revolutionary movement of Nepal! The CARC Party promotes the constitution of Committee for Solidarity with New Nepal in Italy and in many other European countries.

Let’s learn from the revolutionary movement of Nepal. Let’s regain the confidence. The masses make history: let’s assume the leading role that belongs to us! Let’s form in Italy a People’s Bloc Government able to meet our needs and our interests, able to face the economic crisis that the bourgeoisie seeks to resolve sharpening the war against the masses and against the peoples of each country and worldwide. Let’s begin again the construction of the new world. Socialism is the way out of crisis. Communism is the future of humanity!
Posted by nickglais on 5/30/2010 11:37:00 AM