Troops being deployed in Nepal to replace Police in provocative move. 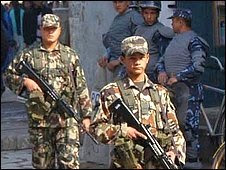 In a provocative move troops moved into areas of Nepal's capital Thursday — a day after police clashed in the streets with protesters who are demanding that the president back the firing of the country's army chief General Rookmangud Katawal.

There is a report that some 500 protesters from the women's wing UCPN(Maoist) marched on President Ram Baran Yadav's residence Thursday, chanting slogans. Police used bamboo batons to beat back activists,some of the women were injured. 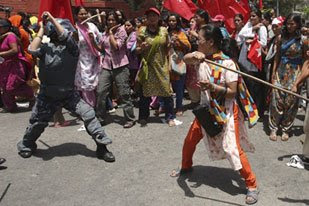