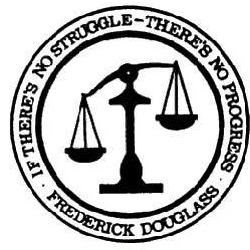 KATHMANDU, May 5 - The Supreme Court on Tuesday issued show-cause notices to the Secretariat of the President's Office, Secretariat of the Council of Ministers, and Chief of Army Staff Rookmangud Katawal demanding separate explanations why their moves were not unconstitutional as claimed by petitioners. The defendants have 10 days to furnish written explanations.

A single bench of Justice Balaram K.C. issued the notice after hearing at least five advocates who urged the apex court to intervene in the controversy created by the president's "unconstitutional" move and save the state from possible militarization.

Advocates had registered a public interest litigation challenging the president's move to keep Katawal intact in his position overturning the May 3 Cabinet decision, on Monday. A unilateral Cabinet decision on Sunday had replaced Katawal with Lt. Gen. Kul Bahadur Khadka as Army Chief.

On Tuesday, the advocates argued that the president's letter should be scrapped because it had created two parallel and conflicting authorities in the government. The president could not bypass the Cabinet -- which he did on Sunday by reinstating Katawal -- under any condition whatsoever, they pleaded.

The advocates argued that the language used in the president's letter to Katawal was reminiscent of the former king's edicts. The president took the decision as if he had replaced the former king, argued Ram Krishna Kaphle. "The post of president was not created as a substitute to the past king."

The advocates also refuted the president's clarification that his move was legitimate given his duties as Supreme Commander of Nepal Army and as "protector" of the Interim Constitution.

Slicing up the president's stance, advocates including Kaphle, Dhruba Prasad Chaulagain and Raman Shrestha said the Interim Constitution did not make it compulsory for the government to take every decision on the basis of all-party consensus.

The need for "consensus" -- mentioned in Article 36 of the Interim Constitution -- was mandatory only when the Cabinet had to decide on major policy issues, they argued. "The decision to sack any government staff, including the Army chief does not require all-party consensus," added Shrestha.

During the hearing, the advocates also blamed the president of acting as a court of appeal. They argued that Katawal could have appealed, if needed, to the Supreme Court instead of the president
Source: Kantipur
Posted by nickglais on 5/05/2009 09:26:00 AM