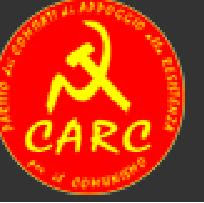 Solidarity with the progressive and revolutionary movement in Nepal !

The CARC Party expresses its utmost solidarity to the revolutionary and progressive movement of Nepal , to the Prime Minister Prachanda, to the Communist Party of Nepal (Maoist) Unified and to the Nepali masses.
We denounce all the forces that failed to honour the peace agreements by opposing the integration of the fighters of People’s Liberation Army (PLA) into the National Army. The first one of them was the Chief of the National Army, who wanted to recruit thousands of soldiers without regard to the 20,000 PLA fighters waiting for the integration and who refused to obey the directives of the government.

So are responsible the government forces as the Nepali Congress (NC) and the Union of Marxist Leninist (UML), that not only failed to denounce the disobedience of the Chief of the Army, but also opposed his dismissal by the Prime Minister . Special responsibilities bears the President of Nepal, belonging to UML, who vetoed the dismissal of the Chief of the Army, that is why Prime Minister Prachanda has resigned.
Behind all these, there are the plots of the Government of India and of the U.S. imperialists who, despite the progressive face of Obama they are passing off all over the world, have not removed the Nepali Maoists from their “list of terrorists”.


The CARC Party calls all communists, revolutionaries, progressives people of the world to support the revolutionary and progressive forces in Nepal and take a stand against the reactionary forces that are opposing the progress of the country.
Posted by nickglais on 5/06/2009 05:58:00 AM