SYRIZA: When they say that meat is actually fish by KKE ( Communist Party of Greece) 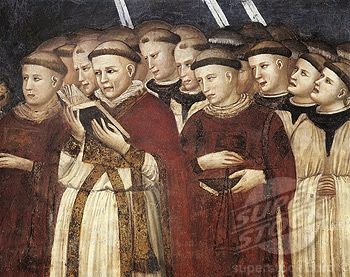 We still remember the image of monks in the Middle Ages, who said that meat was actually fish in order to overcome the difficulties of the endless fasting. This image perfectly fits the developments that have been unfolding in Greece in recent days under the SYRIZA-ANEL government. Here is some data to support this: 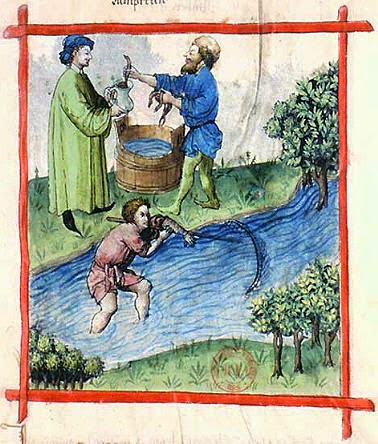 SYRIZA, as an opposition party, had promised to tear up the memoranda, which the previous governments had signed with the foreign lenders (the European Union, the European Central Bank and the International Monetary Fund), and which contained the antiworker-antipeople measures. SYRIZA as the party of government revealed that it agrees with 70% of the “reforms” included in the memoranda and disagrees with 30%, which it describes as “toxic”. Indeed it states that it will not act unilaterally, but seeks a new agreement with the lenders which this time will not be called a memorandum, but a program, agreement or bridge.

SYRIZA, as an opposition party, declared war on the troika of foreign lenders and said that it would put an end to it. SYRIZA as the party in government states that it will talk with and answer to the “institutions”. Which ones? The European Union, the European Central Bank and the International Monetary fund.  Indeed exactly the same people who constitute the troika are taking part in the talks in Brussels on behalf of the “institutions”.

SYRIZA as an opposition party was scathingly critical of the ND-PASOK government, which supported and participated in the EU’s sanctions against Russia and accused them of being servile because of this stance.

SYRIZA as a party of government supported the same EU sanctions and their escalation as well, characterizing its government’s stance as being a “significant success”.

SYRIZA as an opposition party took a position against privatizations. Now, as the government, according to the statement of the Finance Minister, Y. Baroufakis, it states that “We want to move on from the rationale of cut price sales to the rationale of their development in partnership with the private sector and foreign investors”!

So it both adopts privatizations in order to reinforce the private sector and it also tries to present other methods of privatizations, like public private partnerships and concessions to business groups etc as being beneficial.

SYRIZA as an opposition party characterized the Organization of Economic Cooperation and Development (OECD) as being the “black book of neo-liberalism”.

SYRIZA as the government party received in Athens, in the very first days of its tenure, Ángel Gurría, President of the OECD, who had a meeting with the Prime Minister A. Tsipras. The OECD, according to the SYRIZA-ANEL coalition government, is the organization that will help draw up a list of measures in order to safeguard (capitalist) development in Greece.

Measures that will replace the “toxic” part of the Memorandum, the notorious 30%.

SYRIZA as an opposition party had denounced the decision of the previous government to pay “tens of millions of euros to companies providing legal services and financial advice”. The SYRIZA-ANEL government hired the “Lazard” company as a consultant on issues of public debt and fiscal management, obviously appreciating the expertise it provided to previous governments of PASOK under G. Papandreou.

This is not by chance! Besides the new Finance Minister, Y. Varoufakis (he used to be a consultant of G. Papandreou) resorted to the services of the former advisors of G. Papandreou, J. Galbraith and Elena Panariti, former MP of PASOK. The former is an American economist, professor at the University of Texas, an official of the Levy Institute, a well-known apologist for capitalism and a supporter of a more expansionist formula for the management of the crisis. The latter has worked for the World Bank. In other words, both serve the system and their mechanisms.

We could add more to the list of SYRIZA’s and its “left” government’s retractions,   like the fact that a series of promises made before the elections e.g. the increase of the minimum wage, are postponed to the distant future. Likewise, we could point out other more striking examples of officials and advisors from the social-democratic PASOK that are now serving the “left” government. However, the most crucial issue is to clarify what kind of negotiations the current Greek government is conducting with the EU and the other creditors.

The negotiations have a concrete content which is not related to the “alleged end of austerity” in Greece and Europe, as SYRIZA and the other parties that participate in the Party of the European Left claim. Besides, Y. Varoufakis has clearly stated that in the years to come, under the government of SYRIZA the working people must continue to live “frugally”. The negotiations are related to the needs of the business groups that arise from the consequences of the deep capitalist crisis as well as from the course of the uncertain capitalist recovery in Greece and in the Eurozone as a whole.

These negotiations are taking place on a terrain hostile to the people. This is proved by the identification of the Greek government with countries such as France, Italy and above all the USA, with all the negative implications this stance entails. These countries may exert pressure on Germany for their own interests but continue the same harsh political line against the people.

Despite its noisy propaganda about the negotiations with the EU and the creditors, SYRIZA states at the same time that its shares a lot with them and that it will continue the anti-people commitments of the country vis-à-vis the EU and NATO.

Thus, the Greek people and the other peoples should not fall into the trap of being separated into “merkelists” and “obamites” and divided in a struggle under “false” flags. They have to organize their struggle and demand the recovery of the losses as regards their income and their rights. They should demand the solution of all workers’ and people’s problems according to their contemporary needs.

They must struggle for the way out that will bring hope: the socialization of the monopolies, the disengagement from the imperialist unions of the EU and NATO with the people holding the reins of power.  This will pave the way for the only timely and realistic path that leads to the true emancipation of the people: the construction of a new, socialist society.

The descent of Syriza into puppets of the establishment is nothing surprising.

the danger is that their failure, which will become clearer in time, will give the chance to the Golden Dawn, who wont be scared to lead Greece out of the EU.

Syriza, leave the EU! if you cant do it now, then Golden Dawn will later!