Communists and Progressives in Donetsk Celebrate the Parliament of the DPR adoption a memorandum today : “We confirm historical connection of state formations the Donetsk-Krivoy-Rog Republic and the Donetsk Peoples’ Republic. 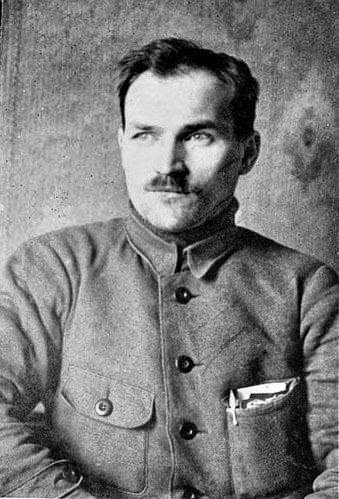 On March 27 1918 he organized the Donetsk Army to liberate the Ukrainian workers and build the Donetsk–Krivoy Rog Soviet Republic.


He died in 1921 during the test of a vehicle called Aerowagon mand was buried in the Kremlin Wall Necropolis.

The Parliament of the DPR adopted a memorandum in this regard today
.
“We confirm historical connection of state formations the Donetsk-Krivoy-Rog Republic and the Donetsk Peoples’ Republic.

The Donetsk-Krivoy-Rog Republic (DKR) was established on February 12, 1918 at the IV Congress of the Soviets of the Donetsk-Krivoy-Rog Basin on the basis of the concept of economic integration. The founding father of the multinational people’s state was Fedor Sergeyev (Artem). Territories of the former Kharkov and Yekaterinoslav Governorates, the Krivoy Rog Region of the Kherson Governorate, several counties of Tauric Governotrate and the industrial regions of the Don Cossack Host constituted the Republic.

The Donetsk-Krivoy-Rog Republic did not cease to exist officially in spite of German occupation, hostilities and social catastrophes.

Its ideas were alive in the hearts and souls of millions of people”.