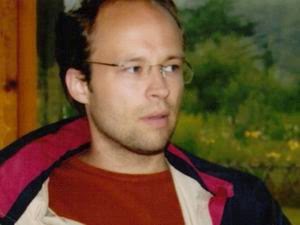 The Brussels agreement to extend the EU programme for Greece means a humiliating defeat for the Sýriza government. Their attempts to rally support within the union’s governments miserably failed. The German imposition uncompromisingly defending the narrow interests of the financial oligarchy prevailed bearing witness of the impossibility of a social turn within the power structures of the EU. Game over?

We believe that there remains a possibility to thwart the EU starvation programme.

Up to now the bold posture of the Greek prime minister Aléxis Tsípras against the European oligarchy and especially the German rulers has won him the hearts of the popular masses – this is true not only for Greece. Across Europe Tsípras has become the rising star of the victims of neo-liberalism and the capitalist crisis directly challenging Angela Merkel’s leadership.

His message was crystal clear: an end to the lies of the elites, who say salvation can be brought only by driving down peoples’ living and social standards – while the oligarchy continues to shamelessly enrich itself. The new Greek government defies the appalling logic of the financial markets, the alleged reason of the economy, which has continuously been widening the gap between poor and rich. Democracy is back, and the social interests of the majority do matter again. Ordinary people were rejoicing, and jubilation could have grown even further.

However now it appears that its own audacity frightened Sýriza. Some harsh words of the taskmaster of the creditors, Wolfgang Schäuble, were enough to corner them. For Sýriza did not only promise to end the starvation dictate, but at the same time promised remaining within the Euro zone. The Greek finance minister Yánis Varoufákis placed his bet with high stakes and without securing the only possible trump in his hands – an active break with the capitalist elite, a self-determined exit from the Euro zone. The current conjuncture would have offered a formidable possibility for a mass mobilisation to back such an historic decision.

Sýriza is prisoners of its own past, its origins in the euro-communist Synaspismós. For them the European Union has been the greatest achievement of the post-war period. Only they would need to make it more socially inclined. They failed to understand that the very raison d’être of the EU is to destroy the welfare states which historically had grown within the nation states.

Certainly, the people longs for security. Their vote is endorsing the balancing act between ending austerity and remaining keeping the Euro. They want to be part of the club of the rich countries and fear to be pushed again into the poor periphery. This is understandable. The latest developments however make it more than clear that this is impossible – the capitalist centre will not accept it. To end the hunger dictate Greece must get rid of the rule of the EU’s elite dominated by Berlin before Berlin kicks Greece out on German terms.

Sýriza has been more and more hinting to the mandate given by the vote, but this is turning into a pretext, a cover to hide behind the people. While the people start to understand and demonstrated their overwhelming support of a hard line against Berlin, Sýriza is turning into the rear guard blocking the rapid process of popular radicalisation. The answer to Berlin and Brussels would be obvious: If you insist on starving us, we will send the creditors to hell. In such a case, it would be Schäuble's and the Goldmen’s turn to panic. That cancelling the debt is indeed possible has been demonstrated by governments that are much less left-leaning than Sýriza – see Argentine or Iceland.

At the end of the day a broad coalition for a break could have emerged – reaching far beyond Greece including forces like Podemos and others. The contours of the real social Europe would have appeared on the horizon – on the rubble of the Euro and the capitalist EU. By signing the agreement Tsípras and Varoufákis have done a great disservice to Julio Iglesias of Podemos in Spain.

Sýriza backed down despite their yells of victory. Yes, they will try to continue negotiations. But the oligarchy set the frame which they eventually accepted. It was all about to make clear who is in command and who has to obey. The rest is about window dressing and sales pitch. The rulers pushed Sýriza, the “radical left”, one important step towards becoming their instrument to impose their starvation programme. If this is confirmed, Sýriza is doomed to sooner or later die away.

What would follow next cannot be predicted in detail. In any case rightist forces would consolidate. One pole would be around the old elites directly linked to the Brussels elites. The other pole might be a fascist one of Golden Dawn type. But we have not arrived at that point as of yet.
One battle might have been lost, but the struggle is far from over. The exact conditions of the starvation programme are still to be defined. Any attempt to break out of the cage defined by the troika will be responded by the bankers’ caste with the threat of being kicked out. The default is going to be a permanent threat demanding a permanent capitulation. Given the fact that the neo-classical neo-liberal recipes do not work even in purely capitalist terms the severe crisis will drag on and will even deepen. Not even renouncing sovereignty and accepting the EU’s guardianship will secure the permanence within the Euro zone. Sooner or later Greece will have to leave anyway.
The possibility to end the starvation programme as promised by Sýriza is still there. We strongly doubt that the popular masses as well as many political forces within Sýriza and outside of it will accept that nothing should change. The people will continue to demand social improvements. Sýriza cannot simply turn within a few days into a new Pasók. Sýriza is more than the old Synaspismós guys who tied their fate to the EU. A broad front rejecting the capitulation and chalking out a plan B can be built addressing also large parts of Sýriza. Maybe the only possibility is a kind of popular revolt against Synaspismós accompanied by an internal coup – to regain audacity!

The central demands in the interest of the popular classes are: Exit from the euro – break with the capitalist centre.

The incipient popular movement is needed to avoid capitulation. We call for international solidarity to all forces fighting the starvation programme that proved to require the immediate break with the Euro regime.
Posted by nickglais on 2/22/2015 04:55:00 AM