Greece : Before its too late Manolis Glezos appeals to oppose the Syriza's Party decision to extend the bailout programme. 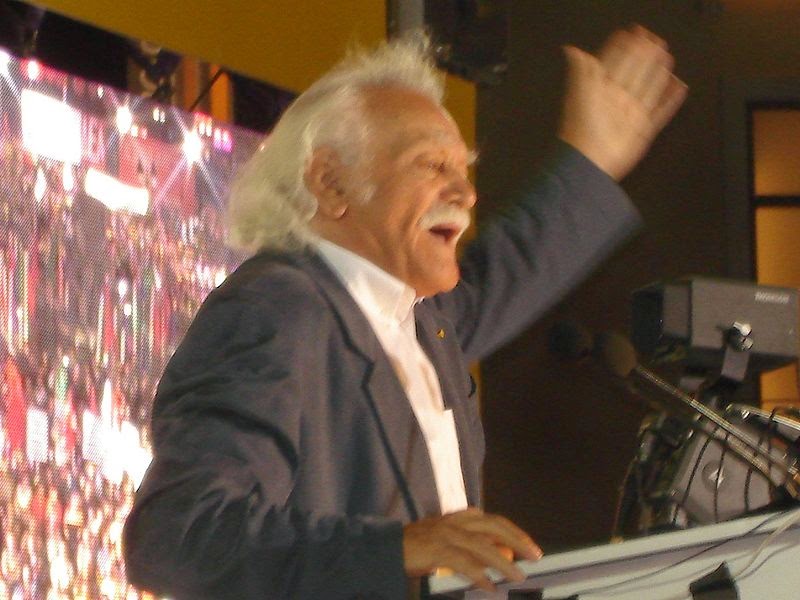 Syriza’s most senior politician, the 94-year-old war hero and MEP Manolis Glezos, opposes his party’s decision to extend the Eurozone bailout program.
Before it’s too late:
The fact that the Troika has been renamed ‘the Institutions’, the Memorandum has been renamed the ‘Agreement’, and the creditors have been renamed the ‘partners’ — in the same manner as baptizing meat as fish — does not change the previous situation.
You can’t change the vote of the Greek people in the election of January 25.
The Greek people voted for what SYRIZA promised: that we abolish the regime of austerity, which is the strategy not only of the oligarchies of Germany and the other creditor countries but also of the Greek oligarchy; that we abrogate the Memorandum and the Troika and all the austerity legislation; that the next day, with one law, we abolish the Troika and its consequences.
A month has passed and this promise has yet to become action.
It is a pity indeed.
From my part I APOLOGIZE to the Greek people for having assisted in this illusion.
Before we continue in the wrong direction, before it’s too late, let’s react.
Above all, the members, the friends and supporters of SYRIZA, in urgent meetings at all levels of the organization, have to decide if they accept this situation.
Some people say that in an agreement you also have to make some concessions. But as a matter of principle, between the oppressor and the oppressed there can be no compromise, as there can be no compromise between the slave and the tyrant. Freedom is the only solution.
But even if we accept this absurdity, the concessions that have already been made by the previous pro-memoranda government with unemployment, poverty and suicide, are beyond any limit of concession…

Democracy and Class Struggle after studying the bailout and the political economy of Varoufakis endorses the call of Manolis Glezos - we appeal to Maoist Comrades in Syriza to reconstitute a communist pole in the organisation and to abandon the road of liquidationism.

History is not written yet and defeat is not inevitable - Varoufakis does not need to be a Hilferding and pave the way for the Greek Nazis of the Golden Dawn - abandon Reformism break with the European Union and take the Socialist Road - do not repeat the mistakes of the 20th century where social democratic reformists opened the road to Fascism rather than take the road of revolutionary socialism.

Red Salute to comrades of Communist Organisation of Greece (KOE)