We Serve Neither King Nor Kaiser - Launches 4th August 2014 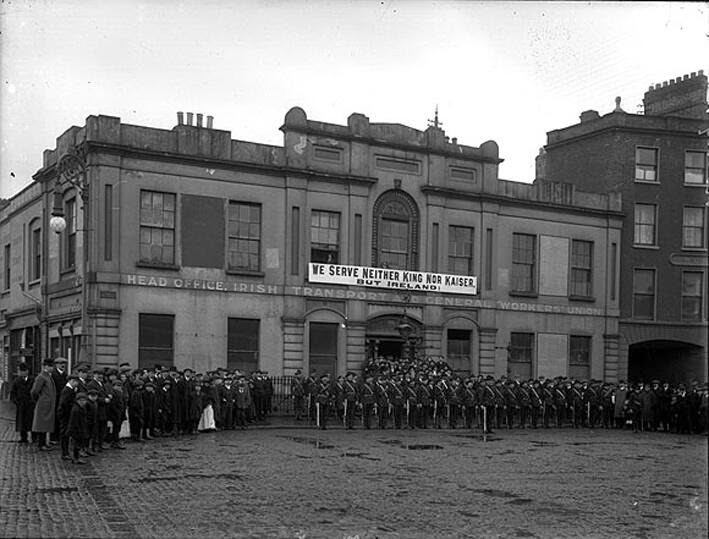 Neither King Nor Kaiser is a campaign to highlight the political opposition to World War One.
Mission

2014 marks the centenary of the start of World War One. The so called ‘war to end all wars’ was in fact a man made disaster for humanity. The UK state are beginning events which David Cameron describes as similar to ‘Diamond jubilee celebrations’ and will promote a ‘national spirt’. These celebrations of war are being organised by retired generals and defence secretaries and is costing £55 million. All of this as part of a creeping militarism in society. All aimed at promoting the UK state narrative and British ideology.

Instead Neither King Nor Kaiser is a campaign to highlight opposition to World War One. In particular we will promote the writings and campaigning against the war by James Connolly and John Maclean. Through political, educational and cultural events and engagements we will promote an alternative narrative. One based on working class people not states.

The campaign will also include the publication of the WW1 writings of Connolly and Maclean, published by Cowgate Press in October 2014.

The campaign can be contacted at neitherkingnorkaiser@gmail.com 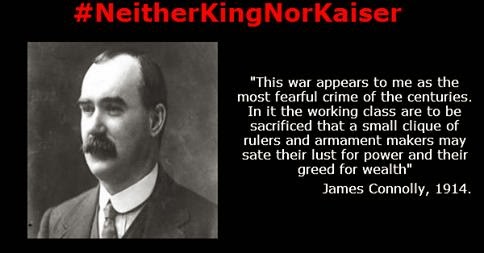 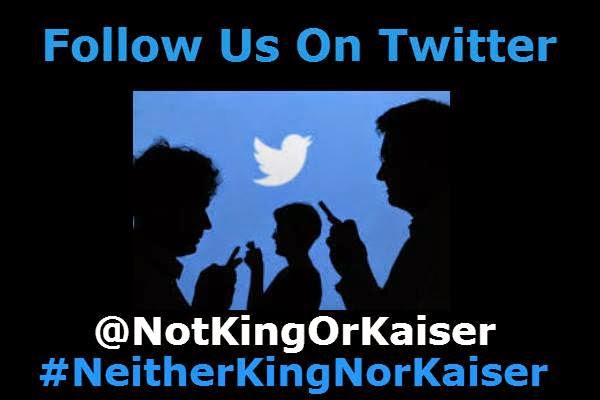