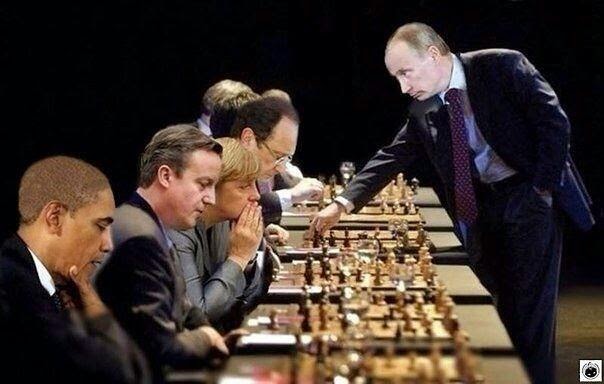 Democracy and Class Struggle publish this article by M K Bhadrakumar for information, we do believe that the so called "German deal" he mentions from the Independent Newspaper will  be unacceptable to Russia but we will wait until the 26th of August and see what transpires.

With due respect to the Molotov - Ribbentrop non aggression pact 75th anniversary on the 23rd August history does not repeat itself but has Mark Twain noted it sometimes rhymes..
.
When I wrote in an earlier blog last Sunday, here,  that Russia and the European Union were exchanging glances, frankly, I couldn’t visualize that a dalliance could be beginning so soon. But the expected gathering in Minsk coming Tuesday of the presidents of Russia and Ukraine, Vladimir Putin and Petro Poroshenko, and the EU’s foreign policy chief Catherine Ashton signifies that traction has developed in the search for peace in Ukraine.
Earlier, the foreign ministers of Germany, France, Russia and Ukraine had met in Berlin a week ago where “all aspects of the crisis in Ukraine” were discussed and the top diplomats almost “managed to reach some sort of common interpretation of things on paper,” as Russian FM Sergey Lavrov  summed up while briefing the media.

Clearly, the backdrop to all this would have been the sustained one-on-one consultations between Putin and German Chancellor Angela Merkel. To recap, the exclusive report by Britain’s Independent newspaper on July 31 regarding a Russian-German understanding on Ukraine and a “secret plan” having been reached but got stalled amidst the brouhaha over the (mysterious) downing of the Malaysian aircraft over eastern Ukraine, appears to have had some solid basis. (Interestingly, the report has not been denied by any quarter so far.)

It’s a reasonable surmise that now that the anti-Russia propaganda war over the Malaysian aircraft tragedy has died down, Moscow and Berlin quietly tiptoed back to the drawing board. Merkel made an important speech at Riga on August 18 where she essentially called for a balancing of the interests of the West and Russia over Ukraine and ruled out a permanent NATO presence in the region close to Russia’s borders. These are core issues of concern for Russia on the Ukraine chessboard, which the West has been fighting shy of acknowledging so far.

Merkel is now traveling to Kiev on Saturday (which, by a strange coincidence also happens to be the 75th anniversary of the famous Molotov-Ribbentrop non-aggression pact of August 23, 1939.) There could be some political symbolism here.

As of now, it remains unclear whether Merkel is piloting a German (or at best German-French) initiative on Ukraine or would have the tacit backing of the Barack Obama administration. Indeed, right-wing opinion in the US seems upset at Merkel.

The AP caustically noted that Merkel’s efforts to resolve the Ukraine crisis “underlines Germany’s increasing ambition to transform itself from economic power to diplomatic heavyweight… as many European nations (read Britain) focus on domestic troubles and the US is engaged in crises elsewhere.” (here).

Arguably, the US’s new preoccupations in the Middle East (following the killing of American photojournalist James Foley by the Islamic State of Iraq and the Levant) could mean that Ukraine — like the US’ pivot strategy in Asia — would get overtaken in Obama’s foreign-policy priorities. Maybe, that’s wishful thinking on my part, being an incorrigible optimist; maybe, not. At any rate, the right-wing necocons are clamoring for a full-bodied US intervention in Iraq and Syria. See Zalmay Khalilzad’s article titled A Five-Step Plan to Destroy the Islamic State.

Now, assuming Obama doesn’t walk into that neocon trap, he’d begin to sense at some point soon enough that the US-Russia ties need mending if Moscow’s cooperation were to be elicited for the upcoming new war on terror, which is no doubt fraught with great dangers to the US’ ‘homeland security’, directed against the ISIL (which Obama himself has just described as a “cancer” threatening the entire Middle East and has no place in the 21st century.)

Suffice to say, a defining moment is appearing in the global power dynamic. The outcome of the gathering of statesmen in Belarus coming Tuesday will give a fair clue as to the way the great winds are blowing, modulating the co-relation of forces in global politics.

So, what is it that is possibly on the anvil as regards Ukraine? It stands to reason that Russia will seek an immediate halt to the military crackdown on the separatists in eastern Ukraine. So far Washington has been urging Kiev to the operations relentlessly. But that may be about to change. This is one thing.

If that happens, Russia and Germany would get a breathing space to insert the peace track, which Putin and Merkel would have been finessing. So far Washington has made it a point to systematically undermine any nascent attempt leading to an intra-Ukrainian dialogue. But that sort of ‘rejectionism’ also may no longer be sustainable, as Germany throws its weight behind the process leading to dialogue.

In sum, if we listen keenly, we may be hearing the faint sounds of the beating of the retreat by Uncle Sam. The well-known Russian strategic thinker Boris Kagarlitsky has a column, in his characteristically provocative style, here, giving insight into the incredibly complex maneuverings in eastern Ukraine, and how they would have created the gravitas for the upcoming meet in Minsk next Tuesday.

After all, Kremlin did keep the trump cards.

A BLAST FROM THE PAST ON DIPLOMACY

"When bourgeois diplomats prepare for war they begin to shout very loudly about “peace” and “friendly relations.” When a Minister of Foreign Affairs begins to wax eloquent in favour of a “peace conference,” you can take it for granted that “his government” has already issued contracts for the construction of new dreadnoughts and monoplanes. A diplomat’s words must contradict his deeds—otherwise, what sort of a diplomat is he? Words are one thing—deeds something entirely different. Fine words are a mask to cover shady deeds. A sincere diplomat is like dry water, or wooden iron."
(J.V.Stalin:Works, vol. 2, p. 285)