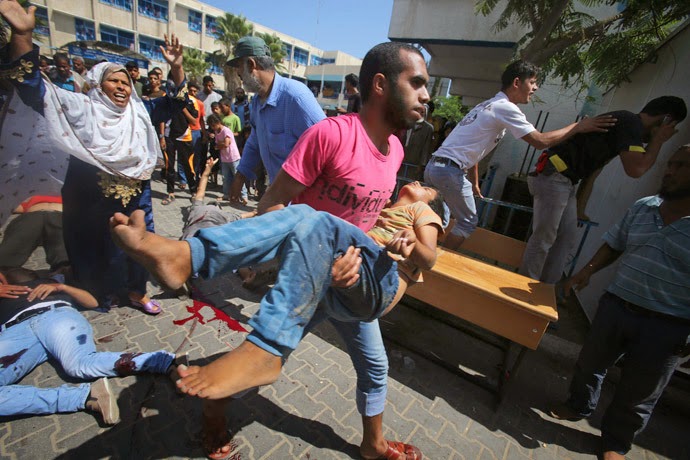 The Communist Party of the Philippines (CPP) today reiterated its call for an end to the nearly month-long US-backed Israeli bombing and ground offensives in Gaza City which has already killed more than 1,700 Palestinians, mostly civilians, including 398 children and 74 elderly people.
More than 9,000 people have been injured, including nearly 3,000 children. More than 100,000 residents have been displaced. On the other hand, counter-offensives by the Palestinian Hamas fighters have killed 65 Israelis, mostly soldiers.

“The CPP condemns in the strongest terms possible the US-supported Israeli government for its relentless bombing campaign and ground offensives in Gaza City in a genocidal war against the Palestinian people.”

“The CPP and the Filipino people join the millions of peoples around the world in condemning the Netanyahu government of Israel and in demanding an immediate end to the Israel offensives against Gaza City which have destroyed homes, schools, hospitals, a power plant, roads, water and sewerage systems, resulting in subhuman conditions in the Palestinian territory.”

“The CPP supports the Palestinian people in defending their homes and waging armed resistance against the genocidal war of Israel.”

“We must vigorously condemn the US government for having armed, enabled and supported the Israeli government in committing countless war crimes against the people of Palestine and against humanity,” added the CPP. Israel is the biggest recipient of US military aid.

After almost a month of non-stop bombing, Israel has been allowed access to the US’ ammunition stockpile in that country to restock its military.
Posted by nickglais on 8/05/2014 01:42:00 PM