Scotland what do you prefer a Red in a Kilt or a Prat in a Catsuit ?

George Galloway is at it again, this time in Dundee attacking "Reds in Kilts" those socialists that want an independent Scotland like the late great John Maclean.

He is obviously not satisfied with smearing Hugh MacDiarmid for his Spectator friends, now those that uphold John Maclean's independent Socialist Scotland heritage are now fair game for Galloways vitriol. 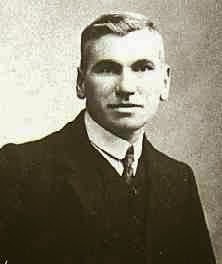 John Maclean a Red in a Kilt 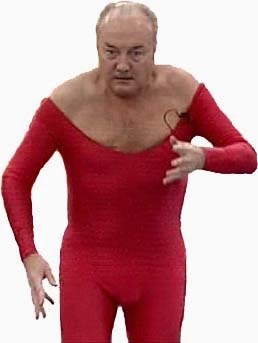 George Galloway a Prat in a Catsuit

We have still not forgiven you for slandering our beloved Hugh MacDiarmid George.

"Why have so many men once considered great fallen into disrepute now ?

"Scottish politicans like Ramsay MacDonald, Campell Bannerman, Bonar Law and all the rest of them mean nothing today in light of Kier Hardie's declaration that Scottish MP's would be better advised to stay in Scotland and create an independent Scottish Parliament"

John Maclean was not a straw man blown hither and thither by the wind of party politics.

He had the supreme qualification of thinking for himself on the basis of a through grasp of marxist philosophy.

The most advanced elements of the working class in Scotland owe him an enormous debt.

Hugh MacDiarmid in 1976 on 97th Anniversary of birth of John Maclean.

Thanks for the prat in a catsuit comment to Macolm McCandless