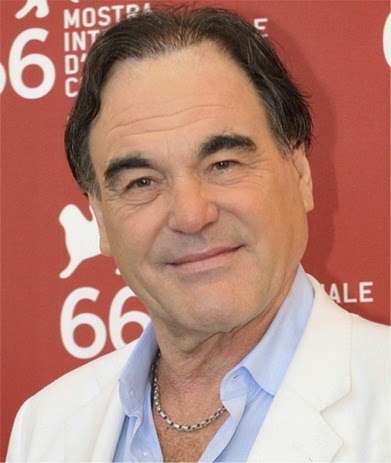 Democracy and Class Struggle draws attention to this note from Oliver Stone on his Facebook and we hope it wakes people up to the crisis in Ukraine as well as the Gaza Crisis.


I hate fearmongering in all forms, but I AM scared.

It’s impossible to stay silent with this slow-motion disaster befalling the world. So forgive me a quick pop back from writing chores-- as ‘Mad Dog’ Netanyahu continues to destroy U.S. credibility throughout most of the civilized world with his barbaric bloodletting in Gaza.

But the truth is, it will not divert the U.S. from a more horrible destiny awaiting us in Eastern Europe.

At his press conference last Friday Obama bristled at his critics saying,

“Apparently people have forgotten that America, as the most powerful country on earth, still does not control everything around the world.”

Pretty major statement when you stop and think about it. Since when did world domination become official U.S. policy?

I guess since 1991 and the fall of Communism, but now that our mask has been stripped from its bullying face, we as citizens of the world, and not just the United States, must deal with this new reality -- I.E., THE U.S. WANTS TO CONTROL THE WORLD, AND IN DOING SO, WE WILL NOT STOP IN OUR EFFORTS TO DESTROY RUSSIA, CHINA, AND IRANIAN POWER.

IF NECESSARY THE U.S. WILL RESORT TO MILITARY SOLUTIONS, INCLUDING WAR.

To understand this new Insane Moment (vide the late ’50s/early ’60s scenario of “Dr. Strangelove”), let’s go to the crucial journalists of this moment, Pepe Escobar and Bob Parry.

I’d also recommend historian Stephen Cohen, who discusses the true terrorist policies of the Kiev Government, this is really scary-- but he is subscription only at the Nation Magazine (Aug. 4/11).

Subscription: Stephen Cohen, “Kiev’s Atrocities and the Silence of the Hawks” http://bit.ly/1soXzp9

"Enter Globocop NATO. Barely out of having its collective behind unceremoniously kicked by a bunch of mountain warriors with Kalashnikovs, the North Atlantic Treaty Organization is now fast "pivoting" - that same old Mackinder to Brzezinski game - to Russia.

The road map will be put in place at the group's summit in early September in Wales."


Picket the US embassy in London. Stop funding Israeli terror in Gaza and Ukrainian terror in Donetsk and Lugansk. Stop the targeting of civilians; stop ethnic cleansing.

TIME FOR ACTION VISIT HERE AND SUPPORT DEMONSTRATION AT US EMBASSY