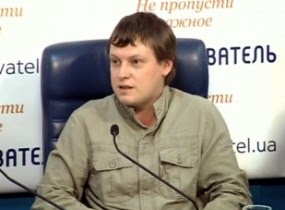 The "Commissar Order” (Richtlinien für die Behandlung politischer Kommissare) was issued by the Supreme Command of the Wehrmacht on June 6, 1941 -- two weeks before Nazi Germany attacked the Soviet Union. The decree stated that “the commissars are not recognized as soldiers; they are not covered by the international legal protections for POWs.

After sorting them out, destroy them."

In Operational Order Number 8 of July 17, 1941, Reinhard Heydrich, chief of the SS and Security Police, set the task of teams operating in the occupied territories: "First of all, they should identify: all major public party workers (...), all former political commissars of the Red Army (...), senior economic officials, Soviet-Russian intellectuals, all Jews, all who are known as instigators or fanatical communists." Such "dangerous persons,” even if they did not resist, should be shot on the spot or sent to death camps.

Remember the Nazi practice of extermination of communists and commissars when reading the latest news from the "Anti-Terrorist Operation.”

On July 17, Sergey Dolgov, well-known journalist and editor in chief of the Mariupol newspaper “I Want the USSR,” was found dead near Dnepropetrovsk.

On June 18, immediately after the occupation forces seized Mariupol, armed men in civilian clothes took him away from his office to an unknown location.

Presumably, it could have been the "Dnepr-1" Battalion, which is funded by oligarch Igor Kolomoisky.

Other news: On the night of July 22, at a National Guard roadblock near the village of Luzhki, Donetsk region, Secretary of the Communist Party in Glinka and deputy village councilor Vyacheslav Kovshun, born in 1956, was killed.

More news: In the Donetsk region, First Secretary of the Volnovakha District Committee of the Communist Party Sergey Filindash was kidnapped. On July 30 Filindash’s home in Volnovakha was raided by masked men. Before the eyes of his wife and children, they seized Filindash and took him to an unknown destination.

These killings of leftist activists are not coincidental. Militants of the "Anti-Terrorist Operation” write openly about the need to destroy people holding leftist and communist views.

For example, there’s a memo by a spokesperson of the ATO, also head of the press service of the neo-Nazi National-Social Assembly, Igor Mosiychuk.

This was posted on social media by another member of the punitive operation in Donbass, Sergei Vakula:

In this post, claiming to be "intelligence," the Ukrainian Nazi calls for "mopping up these freaks." Among the "freaks" and "degenerates", according to enlightened opinion of this Maidan Democrat, are "commies," "many leftists" and "anti-fascists.”

"After the victory of the revolution they were silent for a while, and then intensified their padded rallies. Subsequently, they unanimously supported the idea of creating a ‘New Russia’

"In this regard I ask activists to draw attention to the activities of these degenerates who hold anti-Ukrainian views and do a sweep of these freaks,” concludes his “memo.”

I note that this is not just the writing of a teenage skinhead, but an officer of the "Azov" Battalion of the National Guard of Ukraine. He has military rank and police authority.

The law enforcement agencies of Ukraine speak unashamedly about the physical destruction of political opponents. They speak the same language, in the same terms, as the leaders of the Nazi Wehrmacht and the Gestapo.

After the Maidan’s victory, Nazis such as Mosiychuk became staff of the Interior Ministry and security services. Now this is not just an “extremist view” – it is the most important and active part of the state apparatus of "democratic" Ukraine.

And if the Maidan regime does nothing else, it gives guys like the Nazi Mosiychuk the opportunity to conduct purges of ;"unreliable" elements, not only in the ATO zone embodying the popular slogan on Maidan of “communists to the gallows.”

We are often asked: Why do you, Borotba, support the AntiMaidan movement, because there are Orthodox and Russian nationalists, etc., etc.

To answer this question, it is possible to carry out a social class analysis of the Maidan and AntiMaidan,  to see which side the oligarchs and world imperialism support.

But there is a more simple and banal answer: the Maidan people want to kill me and my comrades.

The AntiMaidan people do not want to kill us.

PS: And for the Kiev anarchists, I would think hard about why Nazis, calling for the massacre of leftists, believe you are the only left group which supports Ukraine