PAUL JAY, SENIOR EDITOR, TRNN: Welcome back to The Real News Network and Reality Asserts Itself. We're going to continue our discussion with Gerald Horne. But first I'm going to read a quote, which I read at the beginning of the first segment:

"Men make their own history, but they do not make it as they please; they do not make it under self-selected circumstances, but under circumstances existing already, given and transmitted from the past. The tradition of all dead generations weighs like a nightmare on the brains of the living."
That was Karl Marx in The Eighteenth Brumaire of Louis Bonaparte, written in 1852.
Well, one of the things weighing on the brains of Americans is the concept of whiteness. At least half of voting America voted against Barack Obama, and many of them, according to polling, voted against him because he was black. It's an underlying theme of American culture and politics, anything from gun control to how one looks at crime and mass incarceration rates: racism runs deep and permeates the American psyche.
But much of it comes from this nightmare weighing on people's brains from the past.
And here's a quote from Gerald Horne's book. 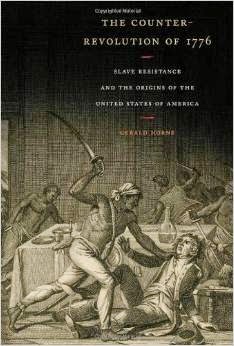