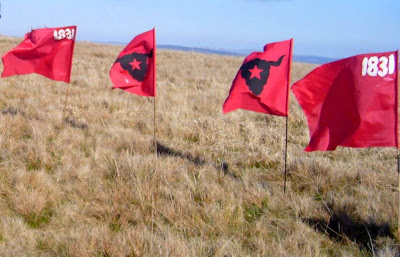 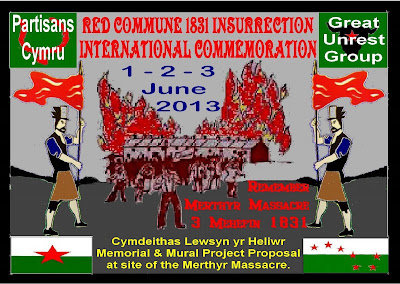 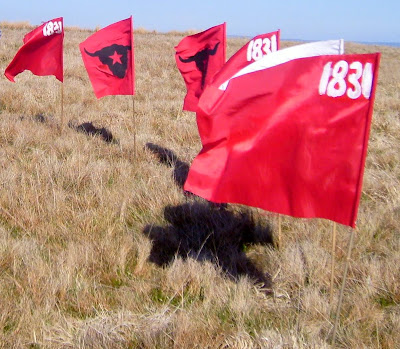 The Great Unrest Group for a Welsh Socialist Republican Party has already received many solidarity messages for our ceremonial renewal of the Red Flag on Hirwaun Common on June 1st 2013 in celebration of its first raising of the Red Flag in Wales during the Merthyr Insurrection in 1831 from comrades in Brittany, Occitany, Galicia, Italy and England, Norway and Iceland.
Still time to send us a solidarity message to greatunrest2012@gmail.com