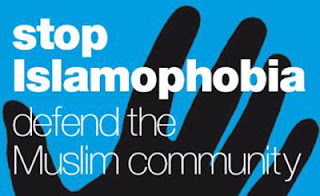 A recent You Gov poll provides evidence that Britain does remain a tolerant country and that the far-right support remains at the margins of society.

Nearly two-thirds (63%) believe the vast majority of Muslims are good British citizens, up by 1% from last November.

There has also been an increase from 24% to 33% in the proportion who believe Muslims are compatible with the ‘British way of life’. Around two-thirds (65%) said on the whole most people tend to get along well with each other.

Half of respondents said they felt positively about demonstrations being held against last week’s terror attacks.

However, two-thirds said they felt negatively about such protests led by the BNP or English Defence League (EDL). Asked if they would join the EDL, 84% said they would never do so, although there has been a 9% increase in the proportion of respondents who had heard of the far-right organisation.

Dr Matthew Goodwin of Nottingham university, who commissioned the poll, said: “Compared to last year, when we ran the exact same survey, today people are either just as likely, or more likely, to endorse a series of more positive statements: that Muslims are compatible with the national way of life; are good citizens; make important contributions to society; and share British culture and values.

“In fact, while far right groups were pointing to the murder as evidence that Islam poses a fundamental threat to modern Britain, the percentage of respondents who view Muslims as compatible actually jumped by almost ten points, to 33%.

“Clearly, the numbers remain low, and point to wider challenges facing government, and our local communities. But in the aftermath of events that could well have triggered a more serious backlash, the direction of travel remains positive, and suggests there has not been a sharp spike in prejudice.”