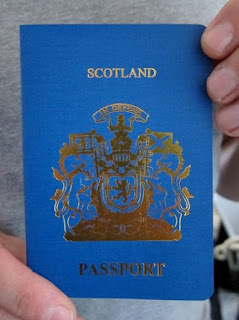 
The response to a protest against an anti-immigration, xenophobic political party has been as hard to believe as it has been distorted. The impact on Scottish politics is alarming.

It’s hard to know where to start. There are three crucial elements to the aftermath of the protest against Farage at the tail-end of last week that we should be looking at with some serious concern. The first is England and its understanding of Scotland. The second is the real assault on the concept of free speech. The third is the attempt by the right to control political debate in Scotland. But it is perhaps the combination of these issues in the context of the independence campaign that is the biggest issue for many.

Let’s begin with Scotland/England. The understanding of the constitutional debate in England does not seem to be particularly strong. When you hear everyone from comedians to commentators talking about Scotland it seldom sounds like they have much knowledge about anything other than the Westminster take. This is unsurprising, but worrying. Because a lot of the Westminster take has encouraged the idea that this is really about Scotland being ‘anti-English’. Indeed, if the conversations I’ve had are anything to go by, that is the dominant assumption in England.

Of course, it is very wrong. Very little of the pro-independence campaign contains any sentiment against ‘the English’ whatsoever. Angry sentiment about Westminster, about the City of London, about the UK class system, certainly. Against the English people? Little or none. But the idea that this is some sort of ‘hate agenda’ is encouraged by some opponents of independence.

This reaches all the way to the Guardian. On Saturday it splashed a picture of Farage and Salmond on the front page with the headline ‘The Two Faces of Nationalism’. It gave equivalence to an anti-immigration, reactionary right-wing party and a liberal socially democratic party on the basis that some people who support independence (but who were not SNP) engaged in a human rights protest. Virtually all the coverage (apart from the Financial Times) has been willing to lend credence to Farage’s claims that the protesters were some sort of violent ‘fascists’ and the events have not been properly reported. So it is seldom reported that for 20 minutes, far from being denied a freedom to speak, Farage refused to answer questions from opponents. There was no violence and no real suggestion of illegality. (For a version from the protesters’ side, check here.)

Can you imagine the Guardian taking this approach if it had happened anywhere apart from Scotland? When Peter Tatchell attempted to make a citizen’s arrest on Robert Mugabe for human rights abuses on gays in Zimbabwe and was severely beaten by bodyguards, the Guardian did not report this as ‘the two faces of intolerance’ and give credence to those who said Tatchell was just racist. The Guardian has always been somewhere between hostile and sneering about politics outside London – it’s blatant disdain for regional government in England shows it’s not just the Scots it thinks should continue to take instruction from their beloved London – but the treatment of Scotland in the referendum campaign makes it look more like the Daily Mail than the Guardian, intentionally writing stories in ways that distort the truth for what appears to be a political purpose.

Whether you are for Yes or for No, it cannot be a good thing to create the false impression that large chunks of Scotland somehow hate England. Anyone who thinks this is a cute campaign tactic should think of the long-term effect. We should be crushing slander out of this campaign. Under no circumstances should the Yes side start dismissing the No side as traitors or lacking in patriotism. That would be an awful place to take this debate. The same carries for the No side calling independence supporters ‘anti-English’. Engage on the arguments and stop damaging personal relations across Britain.

The freedom of speech issue is if anything slightly worse. To get an idea of the argument, you could read Brian Monteith in the Scotsman. If you want to avoid the teeth-grinding, the basic argument is that the protesters should be utterly condemned for refusing to recognise the principle of freedom of speech and anyone who does not condemn them is not a democrat. But this argument sounds awfully like the beginning of a tedious joke – ‘there are 20 people in a room – who has the freedom to speak?’. The answer, according to Monteith, is (self evidently) the rich, right-wing xenophobe.

According to this line of thinking, if a right-winger is in any public place anywhere (remember, this wasn’t a private press conference, it was a pub which was not asked permission) then everyone else must keep quiet.

Because in this version of democracy it is for the right wing media to decide who is worth hearing. To suggest that, over the years, UKIP has failed to receive political coverage proportionate to its political support would be true only if you mean that it has received grossly disproportionate coverage in favour. The Greens don’t have an in-house national newspaper. Where freedom of speech is really challenged is in trying to get a pro-immigration line into a national newspaper. When this happens Monteith and his like suddenly forget about ‘freedom of speech’ and start talking about ‘freedom of the press’. And if it is truck drivers closing oil refineries in a low-tax protest, suddenly the ‘right to protest’ becomes some underlying principle of society. Indeed, they will pick any freedom on one condition – it isn’t plural. As long as it justifies the domination of one side by the other, that’s Brian’s kind of freedom.

In fact, this doctrine is almost more alarming: what seems to be being argued is that only the political class have a right to be heard. It is presumably because he is a professional politician that he is being granted an ‘freedom of speech’ right that is not being offered to the protesters. It seems to imply a world in which professional politicians must be deferred to on every occasion by ‘mere citizens’. Or it would if it wasn’t the case that whenever a Labour politician was heckled by an anti-immigration protester, the very same media decided that it was the protester who had the right to be heard. Consistency is not part of this argument.

Which moves us neatly onto the third strand – the concerted attempts to demonise the left in Scotland (and particularly the pro-independence left). The Radical Independence Campaign appears in the national media almost exclusively as a sort-of bogey-man figure with which to scare the SNP and the public. The Monteith article demonstrates this perfectly – he spends three quarters of it demanding that people have a freedom of speech and the other quarter demanding that RIC is shunned from public debate (on grounds he doesn’t explain, other than that they are self-evidently horrible people). A recent Scotland on Sunday editorial took this to strange extremes, warning the SNP not to back any socially progressive vision for Scotland but instead to stick to a small-c conservative and big-n neoliberal platform on the basis that if it does this it might lose the referendum respectably and have some chance of greater devolution of power at some point in the future. As political advice, this seems on the odd side.

This problem is a big problem for everyone. Firstly, it helps right-wing politics and the right-wing media in Scotland not a jot. They’ve been doing this since devolution and all their desperate attempts to get Tories into a position of power have come to nothing. The political right in Scotland has little power and the media right has low and declining power. For the anti-independence left and centre-left, the issue is even more toxic. Labour keeps seeming to be caught in the grinding cogs which represent the ‘logic’ of this campaign. The only Labour voices I’ve heard on Farage and his visit to Scotland have come down closer to the side of the Tories and UKIP. In times past it would have been Labour supporters that organised the protest; instead a political narrative is being created in Scotland that places people in positions against their will. Yes, Gordon Brown was sharply critical of UKIP and the Tories in his launch speech of ‘United with Labour’, but the problem Scottish Labour faces is that there isn’t yet any connection between these critical remarks and the constitutional debate. At the moment it can be critical of the rightwards drift of UK politics or it can be in full support of the Union, but it is not convincing when it tries to do both at once. It seems only to have ‘elect Labour’ as its story. But it is going to have to build on that if it is to be persuasive, and it is going to have to find some way to not feel that it is obliged to attack the entire independence movement no matter what. Labour should have spoken out in support of the right to protest (there were some Labour people involved with the protest, I believe).

As for the SNP? Actually, Salmond handled this one reasonably well – defending the right to protest, condeming illegality and making clear his opposition to UKIP policies. But it would be a much more convincing argument if these socially-democratic words were tied to a socially-democratic vision of a future Scotland. If the SNP won independence and UKIP made a breakthrough in the 2015 General Election, the SNP could be condemning Scotland to use a currency manage by a UKIP-Tory coalition.

The blatant and intentional distortion of what happened last week has done nothing other than to inject further poison into the independence debate. If everyone involved is unable to see what is happening in Scotland just now, the long-term implications could be very damaging.

The recent comments of left wing maverick and Brit George Galloway defies belief. he used the Farage visit to attack supporters of independence implying that in an independent Scotland we would turn on minorities what nonsense!

What is really hated by many Scots is quite simply the UK class system and Westminster London imposed Imperialism and not the minority interests or the English people themselves.

So what  I reproduce is this excellent article by the Jimmy Reid foundation and a correct analysis of the Farage visit and the pro-independence left and what both sides of a different coin mean for Scotland and the independence movement.

What is clear it is foreign for xenophobia politics to be opportunistically imported into Scotland from down south by UKIP,  the Tories, EDL/SDL or any other right wing activists or think tank.

And through this we will remain mindful about those individuals who would wish to poison the independence debate in Scotland from elsewhere Galloway included. 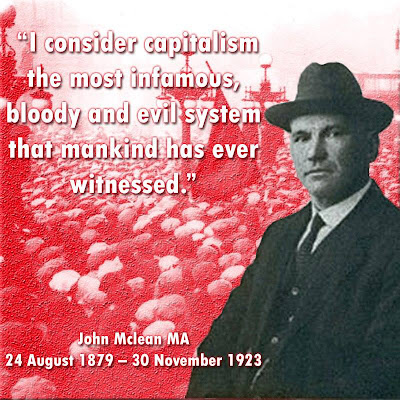