Philippines: 'Use of command-detonated land mines is not a violation of the Ottawa Treaty" Luis G. Jalandoni of NDF 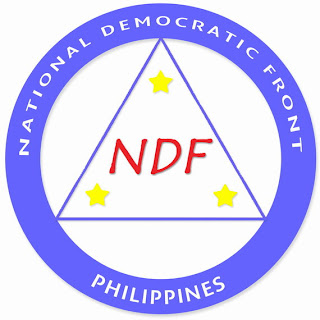 The team of Special Action Force of the Philippine National Police (PNP) that was ambushed by the New People's Army (NPA) yesterday in Allacapan, Cagayan Valley was a legitimate military target in accordance with international humanitarian law (IHL). It was part of the armed forces of the Government of the Philippines (GPH) which is pursuing a war of suppression against the people in order to protect and preserve the interests of the ruling classes of big landlords and compradors under the unjust semi-colonial and semi-feudal social system.


The use of command-detonated land mines by the NPA is not a violation of the Ottawa Treaty. It is a legitimate weapon of the NPA against the armed forces of the Aquino government in the revolutionary movement's just war of national and social liberation. It deters enemy combatants from encroaching the territory of the people's democratic government and harming the people with impunity.


Therefore, the accusation of the regime's negotiating panel and the Office of the Presidential Adviser on the Peace Process (OPAPP) that the NPA is violating the Ottawa Treaty is without any basis. The reference to the GPH Republic Act 9851, signed by the Gloria Arroyo regime on 11 December 2009, is not relevant. It does not bind the revolutionary movement and cannot supersede any provision of the Ottawa Treaty, which allows the use of command-detonated land mines.


The GPH negotiating panel and the OPAPP should not attempt to cover up the violent and brutal character of the Aquino regime in continuing to perpetuate the backward, agrarian, non-industrial and underdeveloped Philippine society that has bred the poverty, ignorance and disease of the great majority of the Filipino people for the benefit of the few ruling classes of big landlords and compradors.


The Aquino regime has unleashed on the Filipino people the US-designed Oplan Bayanihan that has targeted civilians, including children and communities, resulting in numerous human rights violations and the commission of war crimes that have been amply documented by human rights organizations in the Philippines and abroad.


The GPH negotiating panel and the OPAPP's pretensions to want a peaceful resolution of the armed conflict are contradicted by their recent declarations of terminating the peace talks with the National Democratic Front of the Philippines (NDFP) and by the regime's escalation of military attacks against the people.

The revolutionary forces and people have no choice but to defend themselves. The military, police and paramilitary forces cannot attack the people without serious consequences.