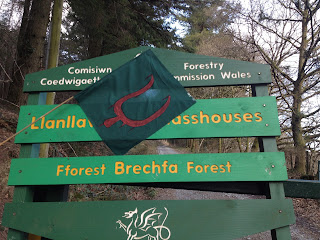 The symbolic placing of the Red Pitchfork indicates Rural Unrest

A statement issued yesterday by the Department of Energy and Climate Change said: “The Secretary of State has granted development consent for the Brechfa West Windfarm" to an overseas company RWE.

“He has chosen to ignore sound evidence of the damage this giant development will inflict on the mountain and the community.

“This is a major disappointment for the many who worked tirelessly, spending time and money they could ill afford to fight to protect the country they love.”

The Government was warned of the serious consequences of such an undemocratic decision by Jonathan Edwards the Local Plaid Cymru MP in Parliament last week.

This Con Dem Government has to be counted amongst the deaf, unable to listen and learn.

This  Con Dem Government has seen fit to insult the people of Wales seeing them has being unfit to make decisions about their own country and its resources by this  action.

The People of Brechfa stand for democracy against undemocratic Corporate Power that has circumvented the opposition to its plans in Wales, by getting London to impose its plans on the local Welsh people.

The people of Wales must support the good people of Brechfa.

The battle for democracy in the Brechfa is a fight for the whole of Wales.

This Con Dem Government that does not listen will not last 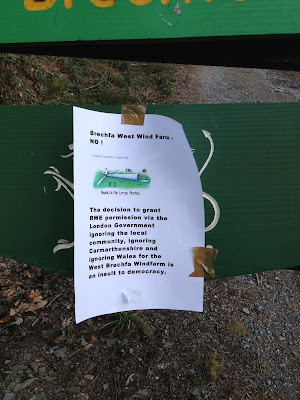