25th Anniversary of Paash - a Poet who died for opposing Fanaticism. 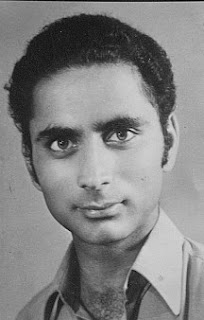 The Most Dangerous - Poem by Paash

Most treacherous is not the robbery
of hard earned wages
Most horrible is not the torture by the police.

Most dangerous is
To be filled with dead peace
Not to feel agony and bear it all,

Leaving home for work
And from work return home
Most dangerous is the death of our dreams.

Most dangerous is that watch
Which runs on your wrist
But stands still for your eyes.


Remembering a radical poet who died for opposing fanaticism
By Gurpreet Singh, March 25, 2012

Twenty-five years ago when leftists across the world were commemorating the hanging of Bhagat Singh—a towering revolutionary who fought against the British occupation of India—another progressive voice was silenced by the terrorist bullets in Punjab, India.

Paash, whose real name was Avtar Sandhu, was gunned down by Sikh separatists on March 23, 1988.


It was a sheer coincidence that his murder came on a historic day that commemorated the martyrdom of Bhagat Singh and his two comrades, Rajguru and Sukhdev, who were hanged together by the British government on March 23, 1931. But the political ideology of Paash, who was born in 1950, made him inseparable from them.

True to his commitment toward the secular and progressive ideology of Bhagat Singh and his comrades, Paash was assassinated for his writings, which opposed religious fundamentalism.

Much like Bhagat Singh, Paash was opposed to religious fanaticism of every shade and pulled no punches while criticizing both Hindu and Sikh extremists.

Yet the terrorists, owing allegiance to the Khalistan Commando Force seeking a separate theocratic Sikh homeland, shot him dead.

His death shocked secularist Punjabi scholars in B.C. where a Paash Memorial Trust is still active and continues to hold events in his memory once a while.

Although Paash lived in California, he never made it to Canada. He was visiting India at the time of his murder.

It was thanks to Maxim Gorky’s Mother that Avtar Sandhu came to be known as Paash. Born in a peasant family, he loved to identify himself after Pasha, the hero of the classic novel by the same name.

This pen name gave him a new identity which remained with him until his assassination. There were some striking similarities between legendary Pasha and Paash as both stood for the working class and opposed both the establishment and theocracy.

Paash started writing poetry during his early teens and was an ardent reader, who had a personal library that housed books on range of subjects including science, philosophy, and literature. Though he wrote essays and published two Punjabi journals, Haak and Anti 47, as well as a “wall newspaper“, he gained much prominence as a poet.

His poetry was so popular that its translation from Punjabi into other languages attracted attention widely, both outside Punjab and all of India. Even some Bollywood stars were among his admirers.

In the late 1960s he became involved in the youth wing of the Communist Party of India, but slowly he became fed up with its politics and instead joined with supporters of the ultra-leftist Naxalbari movement. It believed in an armed struggle for the sake of landless farmworkers.

He borrowed the idea of publishing a wall newspaper from Chinese revolution. It is a separate matter that he was not a sectarian leftist and remained critical of the flaws within Communist parties and groups.

Paash was briefly jailed for being a Naxalite but this did not deter him from writing for poor and against state repression. His poems were frequently smuggled out of prison and published. His rebellious poetry was widely circulated among the youngsters. Even a section of police and bureaucracy was influenced by his poetry.

It is not surprising that the BJP, a Hindu nationalist party of India, opposed an attempt to include one of his highly provocative poems in the school curriculum.

Paash also opposed the state of emergency imposed by the Congress government from 1975 to 1977, and expressed his anger at the then-Indian prime minister Indira Gandhi in his poetry.

He even returned a paycheque to a Hindi newspaper that censored lines about Gandhi in his poem as a mark of protest.

It was his journal Anti 47 that provoked the Sikh separatists. Since he studied a lot, he questioned and denounced their separatist ideology by quoting from Sikh scriptures. He shamed them by arguing that the real Sikhism was all about equality and compassion—and not fascism.

The title of the journal symbolized a challenge to another attempt to divide India on religious lines like in 1947, when Muslim Pakistan was separated from India.

As a result, he was gunned down by the extremists in his native village Talwandi Salem. As one says, you can kill a person but not an idea. Paash may have been murdered physically, but his rebellious rhymes will continue to live.

Gurpreet Singh is Georgia Straight contributor, and the host of a program on Radio India. He’s working on a book tentatively titled Canada’s 9/11: Lessons from the Air India Bombings 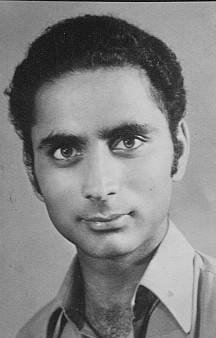