Korea: Two Months of Drills and Mock Attacks by up to 70,000 US and South Korean troops on DPRK in the Northern Limit Line are not seen as provocations by Western Media. 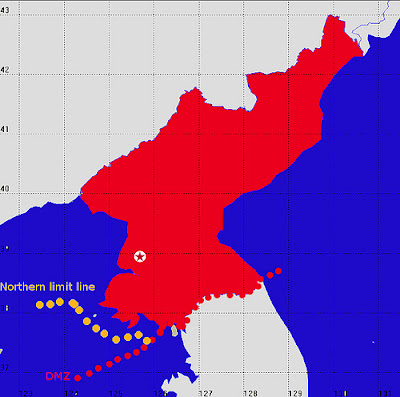 
Two Months of Drills and Mock Attacks by up to 70,000 US and South Korean troops on DPRK in the Northern Limit Line are not seen as a provocation by Western media.


The map above shows the "Northern Limit Line" (NLL). The line was unilaterally set by the US led United Nations military forces on August 30, 1953.
It is not officially recognized by DPRK (North Korea).
In particular, it is not included into the Armistice Agreement of 1953.
The line was originally drawn to prevent southern incursions into the north – however its role has since transformed to prevent DPRK ships heading south. 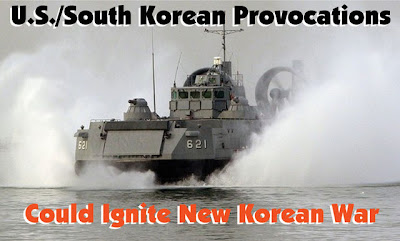 Democracy and Class Struggle says any country on this planet would object to large scale live fire exercises within 12 miles of its border. This is a deliberate provocation. Chuck Hagel US Defence Secretary denies this is a provocation.

I therefore respectfully suggest that North Korean carry out live fire exercises within 12 miles of the US West Coast has I am absolutely certain that Chuck Hagel would regard that as a provocation justifying war.